An art piece that, if it were made at a certain time in the 1980s and leaned a lot more prurient would definitely co-star Mickey Rourke, “Sweet Talk” is a talky two-hander about romance and sexual desire, as played out in a rangy series of conversations over a 12-hour period between a phone sex operator and one of her customers. Billed as “as true as you want it to be” in an opening credits title card, this well-intentioned actors’ showcase, a metaphor for finding north on one’s compass, works more in theory than in practice.

The film centers around Delilah (Natalie Zea), who shares a Los Angeles crash-pad apartment in rotating, time-share fashion with Ginny (Lindsay Hollister), her colleague at what may be the world’s saddest phone sex line (I’m venturing a guess here, not speaking from personal experience). They trade off 12-hour shifts, and during one of Delilah’s periods she gets a call from a struggling writer, Samson (Jeffrey Vincent Parise), who calls on a whim after seeing an ad in the back of a weekly paper.

There’s a bit of verbal sparring, as the pair feel out one another. Samson isn’t interested in your more stereotypical sex talk, and so he concocts a fantasy scenario at a Budapest train station in 1914. Delilah rolls with it, but is unnerved by the unwanted appearance of a silent man (Time Winters) who apparently sometimes interrupts her dreams. More chatting and fantasy role play ensues, as Samson and Delilah flirt with the idea of meeting in person.

Directed by Terri Hanauer, working from a script adapted by her husband Peter Lefcourt from his own stageplay, “Sweet Talk” has heady aspirations of connecting the libidinal with the intellectual. Yet it never quite locates a quickened pulse that works on a robust cinematic level. The conceit is thin, and not helped by certain off details (a phone sex line with no contingency plan for multiple incoming calls?), though Hanauer, in her feature debut, does a good job of cross-cutting between reality and the entangled imaginative fantasies of her characters.

Director of photography Marco Fargnoli delivers an attractively lensed movie that juggles different visual moods, and Emanuele Arnone and Dino Herrmann provide some nice music as well. And the movie certainly offers up ample opportunities for its actors, who in sum deliver smart, modulated performances. Zea, who registers as a bit reminiscent of Ellen Pompeo, and Parise, who recalls a younger C. Thomas Howell, don’t overplay the emotions involved in this dance, wherein good-natured, play-acted seduction and connection slowly bleeds over into what might be the real thing. Unfortunately, despite the praiseworthiness of its component parts, “Sweet Talk” doesn’t have a story, let alone a catharsis, that transcends the boundaries of its stagey, academic construction. 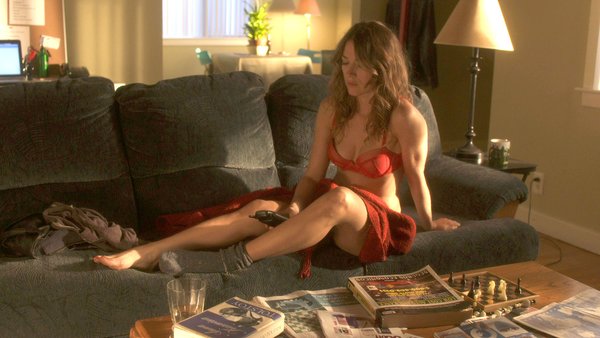