Adam Sandler and Drew Barrymore are going to team back up for another comedy! I have been a fan of Sandler and Barrymore’s on-screen relationship since “The Wedding Singer,” so I’m intrigued to see the two back together. The two will be starring in “Blended,” a comedy that pits two single parents and their children together for a raucous weekend in African vacation. Here’s more about “Blended”:

“’Blended’ marks the third comedy collaboration between stars Adam Sandler and Drew Barrymore, following their successful onscreen pairings in the hit romantic comedies ’50 First Dates’ and ‘The Wedding Singer.’
After a disastrous blind date, single parents Lauren (Barrymore) and Jim (Sandler) agree on only one thing: they never want to see each other again. But when they each sign up separately for a fabulous family vacation with their kids, they are all stuck sharing a suite at a luxurious African safari resort for a week.

Playing the kids are: Bella Thorne of Disney Channel’s ‘Shake it Up,’ Emma Fuhrmann and Alyvia Alyn Lynd as Jim’s daughters; and Kyle Red Silverstein and Braxton Beckham as Lauren’s sons.” 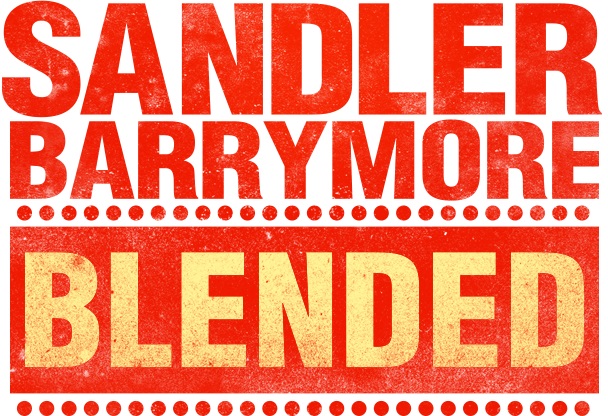