Need For Speed Is In Need Of A New Poster

The new action film isn’t due in theaters until March 2014, but the movie studio is already building buzz and hype around the would-be film franchise starter. Dreamworks released a new poster (via ScreenCrush.com) featuring Aaron Paul and Nicolas Winding Refn’s “Drive’s” concept artist’s work (just kidding). Considering that “Need For Speed” is based on the highly popular video game series from Electronic Arts, there’s a good chance that the new action racecar film might also be the first good video game movie ever. Read the film’s synopsis below:

“After being released from prison for a crime that he didn’t commit, a street racer, Tobey Marshall (Aaron Paul), is set to race cross-country and to avenge the death of his friend Pete.”

I’m a big fan of the “Fast & the Furious” film franchise and sexy fast cars, so I’m very much looking forward to the next racecar movie like “Need For Speed.” The film’s star Aaron Paul is garnering a lot of good faith from audiences because of his excellent performance as Jesse Pinkman from AMC’s “Breaking Bad,” so it also seems “Need For Speed” would bring in fans of the cable TV series or Aaron Paul. 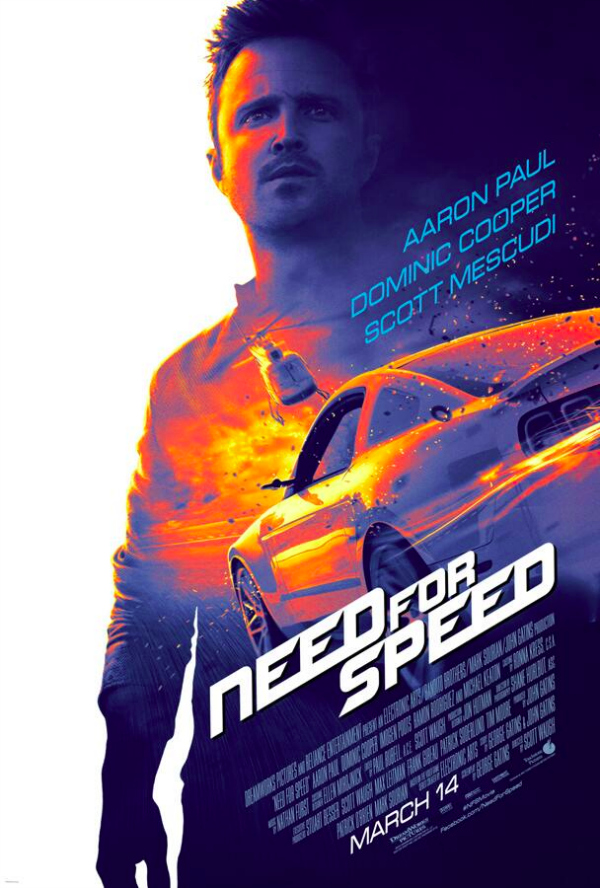