Another year gone, another crop of movies worth remembering and another batch to look forward to in the 2014. But before we roll into the New Year, it’s time to make sure we recognize and never forget the events, promos, moments and full features that defined this one.

The final Movie News Cheat Sheet of 2013 is dedicated to the best of the best, the best scenes, the best quotes, the best trailers and more. Check out our picks as well the top contenders from around the web and be sure to list your own favorites in the comment section below.

Have a happy, healthy and movie-filled New Year!

1. Biggest Movie News: Fifty-two weeks later, we’ve reached the end of another movie news packed year. There were loads of announcements that seemed like the next big thing when they first hit, but only a few that would define the year. “Star Wars” became a key theme of 2013 when news broke that J.J. Abrams would helm “Episode VII” and ever since Colin Trevorrow locked “Jurassic World,” JP dinosaurs frequently cropped up in the rotation, too. Even though news of a “Batman vs. Superman” movie featuring Ben Affleck as Batman nearly made the Internet implode, a little boy named Miles Scott did manage to steal some of the spotlight when he got to play superhero for a day thanks to the city of San Francisco and the Make-A-Wish Foundation. “Veronica Mars” also made waves in 2013 by kicking off a Kickstarter craze after raising over $5.5 million to bring the TV show to screen. However, it was troubled times for both “Jane Got a Gun” and “Fifty Shades of Grey.” “Jane” went through a seemingly endless string of casting, quitting and recasting while “Fifty Shades” gushed over Charlie Hunnam only to have him back out and spark major concerns regarding the quality of the script. We’re also moving into the New Year having lost some of the industry’s top talent including Roger Ebert, James Gandolfini and Paul Walker, but all three will live on through their work with RogerEbert.com continuing to thrive under Matt Zoller Seitz’s guidance, “The Sopranos” having made an indelible impression on the entertainment industry and “Fast and Furious 7” inching closer to being able to wrap production.

2. Most Memorable Quotes: Quotes that are used and abused in movie trailers like “Pacific Rim’s” “Today, we are cancelling the apocalypse,” do grow on you, but you’re missing out if you’re not keeping an ear out for the hidden gems. “When you sail on a boat fit for a Bond villain, sometimes, you need to play the part” from “Wolf of Wall Street” is a recent favorite and “Frozen” has me thinking “Let it go” around the clock. NBC News has a list of the funniest quotes of 2013 including the very amusing “Despicable Me 2” moment when a little boy asks Gru, “How come you’re so fat,” and he replies, “Because my house is made out of candy and sometimes I eat instead of facing my problems!” Thanks to “American Hustle,” the microwave is now the “science oven” and in case you’re ever in a foul mood, you’ve always got “Kick Ass 2’s” Colonel Stars and Stripes to remind you, “Try to have fun. Otherwise, what’s the point?”

3. Biggest Stars: With titles like “12 Years a Slave,” “The Hobbit: Desolation of Smaug,” “August: Osage County,” and especially “Star Trek Into Darkness” to his name, it’s no wonder that Benedict Cumberbatch snagged the honor of kicking off IMDb’s Top 10 Stars of 2013 list. Thor was hot stuff in 2012 with Chris Hemsworth snagging #3, but this time around, Superman’s got more muscle, as Henry Cavill claimed #8 and pushed Hemsworth down to #9. Even though “Lone Ranger” tanked, Johnny Depp still had more than enough star power to lock in #7 for the second year in a row and then there’s Anna Kendrick who didn’t even have a wide release hit theaters this year yet still wound up coming in at #6. Tom Hardy found himself in a similar position. Even without a single 2013 release, the residual effects of a strong 2012 and loads of hype surrounding his 2014 and 2015 projects earned him #5. Ryan Gosling turned “Gangster Squad,” “The Place Beyond the Pines, and “Only God Forgives” into #4 while Leonardo DiCaprio rode the “Great Gatsby” and “Wolf of Wall Street” wave to #3. Chloe Moretz stayed exceptionally busy since bursting onto the scene with “Kick-Ass” back in 2010, so now it’s only natural that “Kick-Ass 2,” “Carrie,” and a slew of highly anticipated upcoming projects would earn her the #2 spot on the list. Finally, it should come as no surprise that the top star of 2013 comes from one of the top movies of 2013, “The Hunger Games: Catching Fire’s” Jennifer Lawrence. This time last year she was sitting pretty at #2, but since, she’s won an Academy Award and is poised to earn a nomination for another, so she certainly deserved to move up that notch.

4. Most Overrated: Oscar bait and hype go hand-in-hand, but that doesn’t mean you’ve got to roll with it after catching the full feature. Sure, it must have been a challenge for Robert Redford to star in “All Is Lost” all on his own, but that doesn’t excuse the fact that the film drags primarily due to a lack of sailing information and reasons to care about Redford’s character’s fate. However, not very many people participating in this LA Times poll seem to agree with me. “All Is Lost” is actually in last place while “Gravity” and “Lee Daniels’s The Butler” are the frontrunners by far with 32.03% and 31.8% of the votes respectively. “Spring Breakers” and “Blue is the Warmest Color” are both featured in The Playlist’s Most Overrated of 2013 piece while Punch Drunk Critics go after “Blue Jasmine,” “Captain Phillips” and “Inside Llewyn Davis.” JoBlo also points a finger at “Spring Breakers” in addition to “Thor: The Dark World” and “Fast and Furious 6,” and over at Ranker, “Man of Steel” sits at the top of their Most Overrated Films of 2013 chart.

5. Best Scenes: The octopus story in “Short Term 12,” the unprecedented sex scene in “Her” and the deadly dinner in “You’re Next” are all unforgettable, but I’ve got to agree with Film.com; the Lemmons overdose in “The Wolf of Wall Street” is epic. Collider put the opening scene of “Gravity” on their list in addition to The Mandarin reveal in “Iron Man 3” and “Let It Go” from “Frozen.” Oscar Isaac, Justin Timberlake and Adam Driver singing “Please Mr. Kennedy” in “Inside Llewyn Davis” and Solomon’s hanging in “12 Years a Slave” made the cut over at What Culture and AV Club opted to give the horror genre some love, honoring the hide and clap game from “The Conjuring” as well as the tug-o-war incident in “Mama.”

6. Best Film You Might Have Missed: Considering it only made its way into 75 theaters and has a prime spot on my Top 10 Movies of 2013 list, “Short Term 12” is definitely my pick for a quality movie you might have missed. Forbes recommends the horror anthology, “ABCs of Death,” as well as a film that should have earned more than $26.9 million at the domestic box office, Ron Howard’s “Rush.” The Daily Beast pegs Derek Cianfrance’s Toronto International Film Festival entry, “The Place Beyond the Pines,” as one you missed but shouldn’t have and Wired gives that title to two documentaries, “The Act of Killing” and “Stories We Tell,” as well as one of my personal favorite best worst movies of the year, “Hansel & Gretel: Witch Hunters.”

7. Best Shots: For anyone who appreciates a pretty picture, The Playlist’s “Frame By Frame: The Best Shots Of 2013” is a must-read. They’ve got that unforgettable sequence of Solomon Northup’s attempted hanging in “12 Years a Slave” on their list as well as something they’ve dubbed “fetal floating” from “Gravity,” the shot where Sandra Bullock’s Dr. Ryan Stone follows up a near-death moment by letting herself strip off the space suit, close her eyes and just float. For “Prisoners” The Playlist runs with a slow dolly on a tree in the Birch’s front yard, but I have to go with a shot that comes up just after the two families realize their girls are missing and they all file out of the living room in a panic, leaving poor Joy Birch in the frame alone. If you’ve got a thing for gore, “Evil Dead” is also brimming with visuals worth freeze-framing, but my single favorite shot of 2013 goes to my favorite film of 2013, “The Conjuring.” It was tough to pass on the flawless visual that takes us through the Perron house as the family warms up to their new home, but it’s the shot during which James Wan has the camera flip over the second floor railing that sticks with me most. It arrives about an hour and a half into the film and begins with an upside down look at Lorraine running out of the basement door, righting itself as she barrels down the hallway and then continuing on with Drew as he runs across the second floor of the house looking for April. And that’s not all. After one or two shots of Drew checking bedrooms, we move back to that same camera angle to catch Lorraine running back into the house towards the basement door and ending with the upside down viewpoint, increasing the unease and vulnerability before moving into the climax of the film, the exorcism.

8. Best Poster: While I’m partial to the tiny astronaut consumed by the black of space in this “Gravity” poster, Business Insider dubbed designs for “Spring Breakers,” “Anchorman 2: The Legend Continues” and “Side Effects” three of the best posters of the year. First Showing named “The Hobbit: The Desolation of Smaug,” “The Hunger Games: Catching Fire” and the parchment painting design for “Wolverine” the best of the best while Slant put “Ain’t Them Bodies Saints” at #3, “Oldboy” at #2 and the “sprightly one-sheet” for “Frances Ha” at #1.

9. Best Trailer: The outrageous display of greed and poor judgment and the devastating sensation that comes with the potential of being lost in space earned “Wolf of Wall Street” and “Gravity” spots in my Best Movie Trailers piece, but the one that earned the right to be called the best of the best is the exceptional promo for “The Boxtrolls” that manages to enhance the finished footage by offering a look at what it took to bring the creatures to life. Collider also highlighted “Wolf” and “Gravity,” but gave their top spot to “Man of Steel” while Paste Magazine bumped “Man of Steel” down to #5 and gave “The Grand Budapest Hotel,” “Winter’s Tale” and “X-Men: Days of Future Past” #1, 2 and 3 respectively. The usual suspects popped up on MTV’s list as well, the outlet going with “Man of Steel” for #3, tossing “Gravity” in at #2 and topping off their list with the preview of Jordan Belfort’s debauchery in the trailer for “Wolf of Wall Street.”

10. Box Office: With “Frozen” still going strong and “Gravity” heading towards a robust awards season, there’s a good chance both could move up in the rankings, but at the moment, they come in at #7 and #6, “Frozen” with a $248.4 million domestic haul and “Gravity” with $254.6 million of its own. “Monsters University” snagged the #5 spot with a total of $268 million, coming in just behind “Man of Steel” and its $291 million total. “Despicable Me 2,” “The Hunger Games: Catching Fire” and “Iron Man 3” are in a league of their own. “Despicable Me 2” concluded its domestic theatrical run with $367.7 million in the bank and “Catching Fire” is at $391 million, but it’s still climbing. In fact, not only is it highly likely that it’ll cross the $400 million mark soon, but it could wind up becoming the top grossing film of the year if it manages to trump “Iron Man 3’s” $409 million total before bowing out. (via Box Office Mojo) 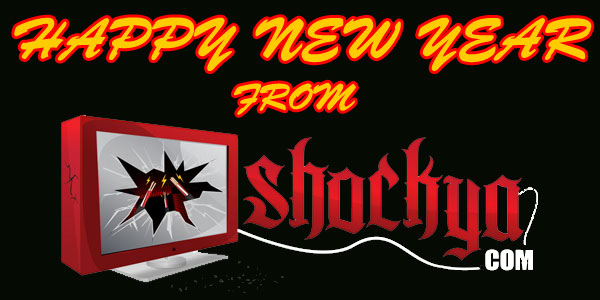