Welcome to the “Paranormal Activity”-dominated first weekend of the New Year. Not only is “Paranormal Activity: The Marked Ones” the only new wide release hitting theaters, but it’s part of a highly successful franchise and will likely bank on the fact that moviegoers seem to have a taste for horror this time of year. Should “The Marked Ones” come close to “The Devil Inside,” it could put about $30 million in the bank by the end of the weekend.

Even though the large majority of the box office veterans held strong over the holiday, the first weekend of the New Year is a different story. Should “The Hobbit: The Desolation of Smaug” keep in line with “An Unexpected Journey,” it’s heading towards a 45% drop, which would leave it with about $16 million for its fourth weekend out. “Frozen” could find itself in a similar position by following in the footsteps of 2012’s “Alvin and the Chipmunks: Chipwrecked.” That one got a 30.1% holiday boost, but took a 42% hit during the first weekend of the year. Should the same happen to “Frozen,” it’ll take $17 million and edge out “The Hobbit” for #2.

Even though “Saving Mr. Banks” only beat “The Secret Life of Walter Mitty” last weekend by less than $1 million, it’s got a much higher per theater average, suggesting it’s got a better shot at keeping up the momentum. Should its $6,376 per theater average come down to about $4,500, it’ll take #7 with $9.5 million whereas “Walter Mitty” will likely only claim #8 with $8.5 million.

“The Hunger Games: Catching Fire” should be well on its way out, but it’s holding strong enough to stay in the top ten for seven weeks in a row. There’s no way it’ll repeat last weekend’s 14.8% boost, but even if it dips 50%, $5 million should be enough to steal #9 from “47 Ronin,” which thanks to poor reviews and word of mouth, is poised to plummet 60% for just $4 million in its second weekend out.

1. Paranormal Activity: The Marked Ones

3. The Hobbit: The Desolation of Smaug

5. The Wolf of Wall Street

8. The Secret Life of Walter Mitty 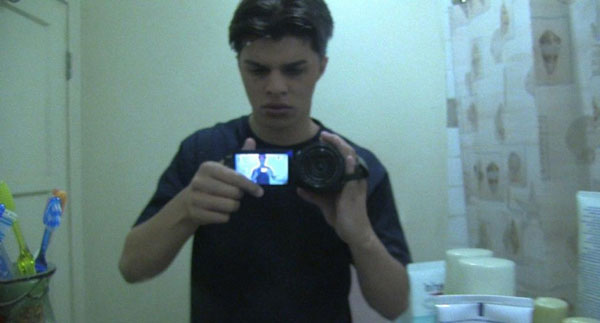