Interview: Gaby Hoffmann On All That I Am, Girls, Veronica Mars & More 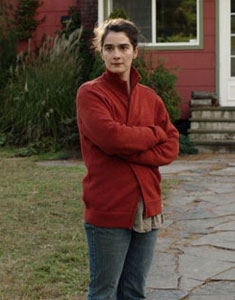 As someone who says, “Up your ziggy with a wa-wa brush,” more than I care to admit, Gaby Hoffmann’s early work was an adolescence staple so it’s a thrill to see her building a robust resume yet again.

In one of her latest films, “All That I Am,” formerly titled “Burma,” Hoffmann steps in as Susan, one of three siblings still struggling to cope with her father’s abandonment and her mother’s passing. One thing that usually helps is her annual get-together with her brothers Christian and Win (Christopher Abbott and Dan Bittner), but when their father decides to use their reunion to make his big return in attempt to make amends, Susan must decide whether or not to accept his motives and let him back into her life.

With “All That I Am” making its way home after a hearty festival run, Hoffmann took the time to chat via Google Hangout and run through her experience working on the film and loads more. Despite hitting the ground running as a child star, Hoffmann’s career was ebbed by a period during which she struggled with her feelings about the profession. But since, she’s found inspiration to connect to performing like never before, letting us enjoy her talent yet again in films like “All That I Am” as well as “Crystal Fairy,” a multiple-episode run on “Girls,” her portrayal of “a really crazy girl” in the “Veronica Mars” movie and more.

Check out what Hoffmann told ShockYa about all of those projects and loads more in the video interview below, and be sure to catch her particularly heartfelt and visceral performance in “All That I Am,” which is currently available on iTunes.