The lineup for Coachella is being revealed to the public, as well as one of the best pieces of music news ever.

According to Entertainment Weekly, Coachella will giving fans tons of their festival favorites, like Muse, Arcade Fire, Chromeo, Queens of the Stone Age, Skrillex, and Pharell. There will also be newcomers, like “Royals” singer Lorde and upcoming acts like Aloe Blacc. But the news that has really made the rounds is that Coachella will feature the reunion of Outkast!

Outkast is one of the most innovative rap bands and is one of the acts that really helped put Atlanta, Georgia on the map as the place for awesome, creative, southern rap. Between the time of “Speakerboxxx/The Love Below” and the 2006 “Idlewild” film and soundtrack, there was talk of them disbanding the group. And between 2007 and now, it seemed like the group really wouldn’t ever get back together. But perhaps now that they’ll be reuniting at Coachella, maybe a new album will be on the horizon! I hope so, at the very least. I’ve been wanting a new Outkast album for a while now.

You can take a look at the full listing of Coachella performers below the post. What do you think about Outkast coming back? Give your opinions in the comments section below! 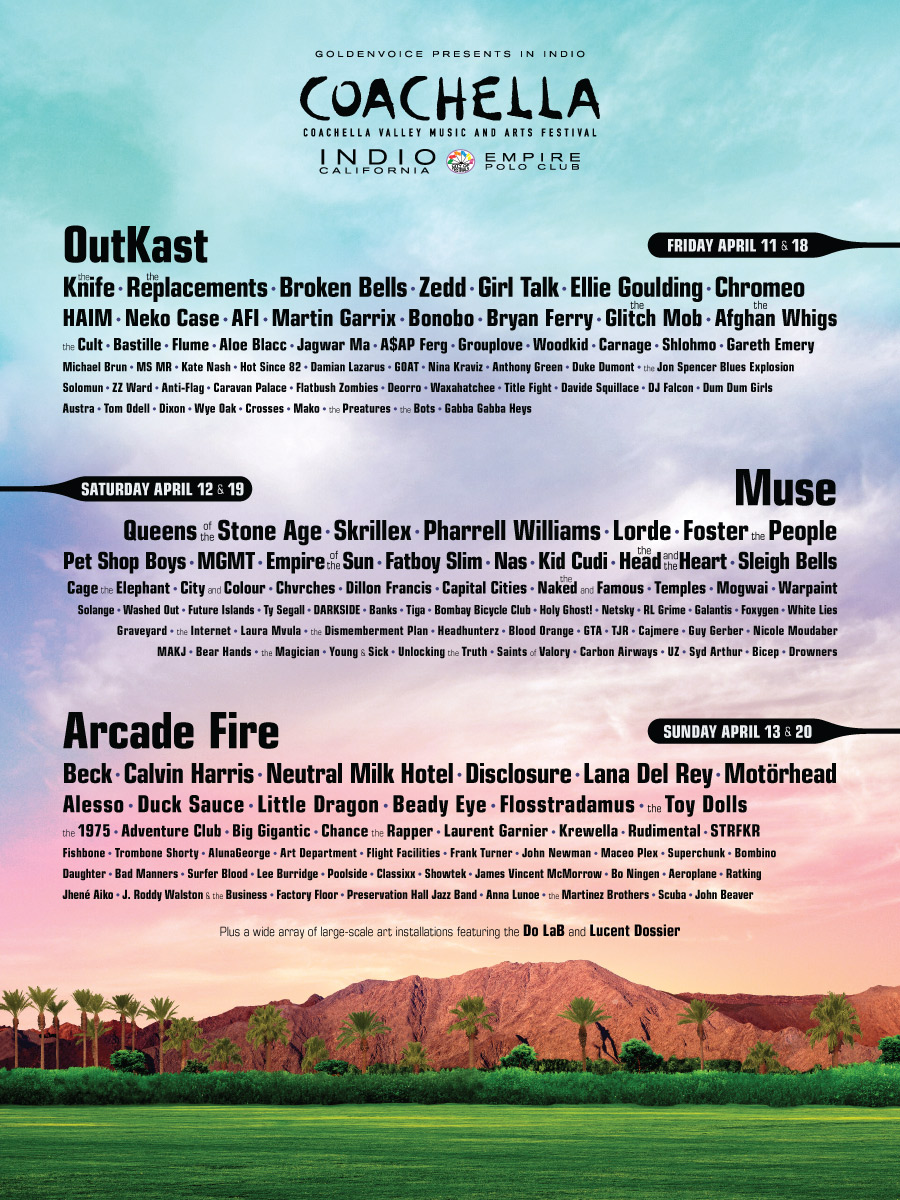