The Season 13 premiere of “American Idol” has been given a surprising amount of praise, ranging from the new judges–most notably the straight shooting of Harry Connick, Jr.,–to the new focus on talent rather than the extensive focus on sob stories the show had been plagued with. According to The Hollywood Reporter’s Michelle Amabile Angermiller discussed the show’s new look and fresh feel, saying that she’s “already hooked” on the season after the first three minutes. Entertainment Weekly’s Annie Barrett also gave the show its props, saying that the dynamic between the judges “is solid–a much-needed reprieve after last year’s bitchy mess.”

However, despite all the accolades and love, the show’s premiere didn’t do that well in the ratings. According to Entertainment Weekly, the show opened to its lowest premiere ratings ever, reaching 15 million viewers. Among adults 18-23, the show garnered a 4.6 rating. These ratings, down 23 percent from last year, are a little surprising, seeing how a lot of folks (probably including FOX) felt that this season would bring the viewers back. f you’ve seen the commercials, you’ll know how much the focus has been on talent, music, camaraderie, judges working in harmony to achieve a common goal, etc. The commercials basically all but smudged last season’s craziness out of existence. But apparently even the focus on big dreams and knowledgeable judges wasn’t enough. Perhaps the show is just past its prime now.

What did you think about the premiere of “American Idol”? Give your opinions below! 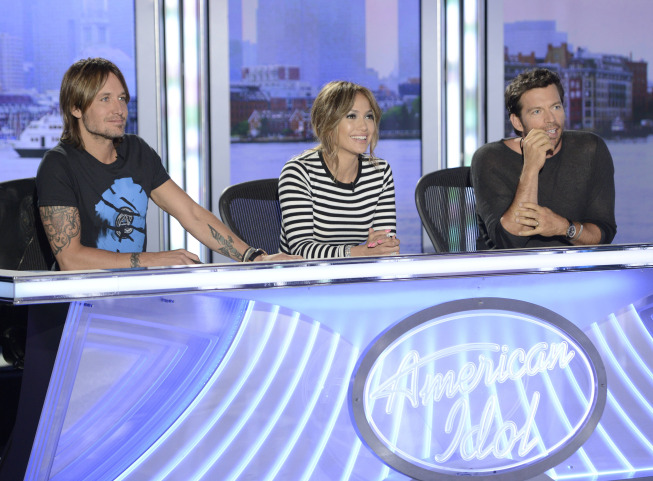