The battle for civil rights in the 1960s is a subject ripe for revisiting. As this decade celebrates the fiftieth anniversaries of many monumental events, it’s to be expected that an important era in United States history will be spotlighted many times. Freedom Summer tells the inspiring story of the Student Nonviolent Coordinating Committee (SNCC), an organization that sent one thousand college students to Mississippi in the summer of 1964 to help get African-Americans registered to vote and to change the culture in a state defined by segregation and white supremacy.

Most even slightly familiar with recent American history have a decent starting point from which to comprehend and access the general civil rights timeline. Freedom Summer wisely doesn’t presume that its voters know more than the bare basics, and offers stirring images and anecdotes to place itself in 1960s Mississippi. The mindset in the state is firmly established, as are the outlook and goals of those trying to invade and help change the status quo. The stark reality of the dangers of taking a stand and facing the consequences is not understated, and the extreme impact of every action those involved take is emphasized.

It’s easy now to feel that the way things were was wrong and that the only moral thing to do would be to fight for equality for all. Yet this film doesn’t leave it at that, outlining the tactics by which the African-American community in Mississippi was oppressed and harassed so that they would not dare to take action. Additionally, damning evidence is presented to show that the white people in power had truly awful ideas about what was right and justified it with religion and morality. Seeing Confederate flags waved proudly in a festive city parade is certainly an unsettling sight, and just one of the many moments in Freedom Summer that helps to evoke its cause.

While some films about civil rights demonize and condemn white people as a whole, this one does not. Its best argument for the rightness of what its people were aiming to do is that those thousand were both black and white, and they came to Mississippi without thinking for a moment about the color of each other’s skin. The white community of Mississippi, on the other hand, found their nonchalance to be quite upsetting, and one of the film’s starkest and most disturbing tales is that of three men from the SNCC – two white and one black – who went missing and were ultimately found murdered because of their intentions and their affiliation with each other.

Freedom Summer uses archive footage to extraordinary effect, interviewing major players in the SNCC and the civil rights battle in the present day and then showing them fifty years ago at the height of their work. The film also utilizes recordings of President Lyndon B. Johnson, among others, getting themselves caught on tape spouting hate and a strong desire to suppress the success of SNCC. The passion of director Stanley Nelson, an experienced documentarian, is clear, and he has done a stellar job of bringing together the people who this struggle meant most to, and their thoughts and feelings are compiled together in the most affirming of ways. This film is a stirring reminder of the difficult but immensely worthwhile path to freedom and quality, assembled together in an affecting and productive fashion. 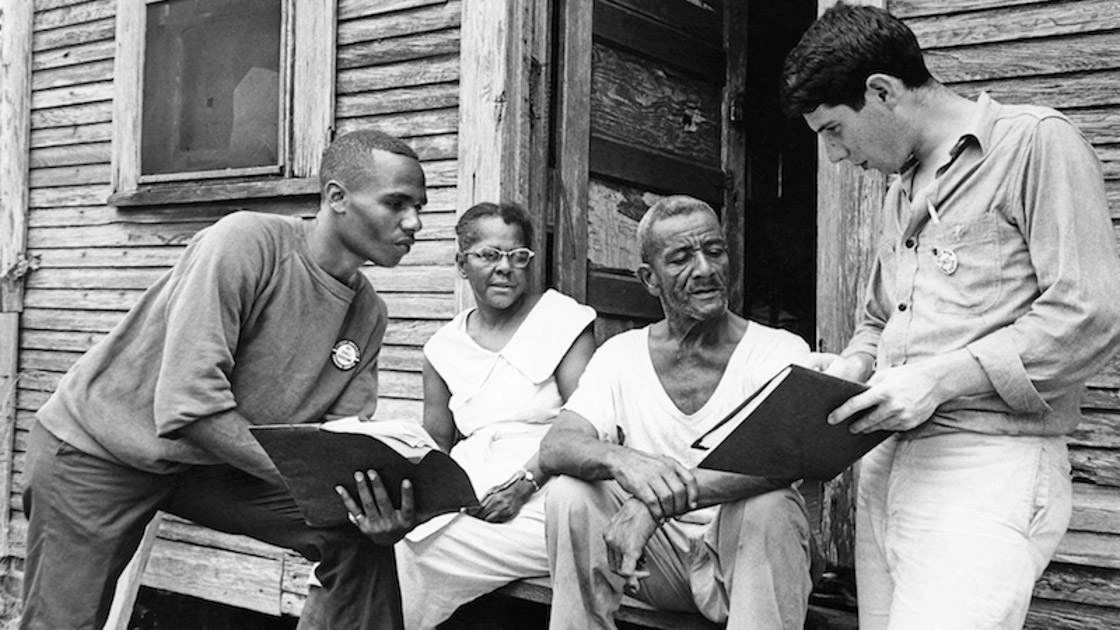