“I, Frankenstein” has the weekend all to itself, but that certainly doesn’t mean it’ll be a guaranteed winner. In fact, if it pulls a “Hansel and Gretel: Witch Hunters” and opens with about $5,800 per theater, it’ll make just $15 million and that will only be good enough for second place.

After demolishing the competition last weekend and with no new genre crossover coming its way, there’s no reason to think that “Ride Along” won’t hold strong. In fact, there’s a chance it might keep right in line with “The Heat” and if that’s the case, it’ll dip just about 37% making the move through weekend two and that means it’ll take another $26.2 million for an easy win.

“Lone Survivor” will likely manage to maintain the large majority of last weekend’s profits too, but it won’t hold strong enough to keep ahead of “The Nut Job.” Even though “Frozen” dipped just 20% last weekend, “The Nut Job” still managed to open with a solid $19.4 million and considering “Frozen” is slowly making its way out and there’s no new family-friendly fare coming into play, “The Nut Job” should manage to keep its percent change down to about 35%, which would leave it with another $13 million to take to the bank. “Lone Survivor” enjoyed a nice start to its wide run, but less Oscar nominations could mean less interest so with all of the Academy Award heavy hitters getting additional screens this weekend, that 41.7% weekend three to four dip could shoot up to 50%, leaving it with just about $11 million.

Even though very few people will ever utter “Jack Ryan: Shadow Recruit” and Academy Awards in the same breath, the Chris Pine-starrer will wind up taking a one-two punch between the Oscar buzz and its lukewarm start. Should “Jack Ryan” get slapped with a 50% change, it’ll be left with just $8 million, barely keeping on top of “Frozen.” “Frozen” hasn’t lost more than 31.5% in a single weekend since its second wide weekend out and there’s no reason to think that’ll change now. Even if it loses 30% of last weekend’s profits, it’ll still take in another $7 million and lock in the #6 spot.

“August Osage County,” “Gravity,” “12 Years a Slave,” “Dallas Buyers Club,” and “Nebraska” are all getting additional theaters this weekend, but so is “American Hustle” so between that and the fact that it had a strong lead on all the aforementioned films last weekend, it’s a sure thing for the #7 spot. Considering it dropped 425 locations last weekend and still gained 18.8%, it’s highly unlikely it’ll fall more than 25% this time around and that means it’ll have a $7 million seventh weekend out, putting it just behind “Frozen.”

After a very disappointing start, “Devil’s Due” is bound to plummet, letting “August Osage County” and “The Wolf of Wall Street” come out on top. However, that doesn’t mean “August” and “Wolf” will keep in line. With “August” getting an additional 360 theaters and “Wolf” losing 126, the former will likely take a 15% hit whereas the latter could drop 30%, putting them at #8 with $6 million and #9 with $5 million respectively.

Lucky for “Devil’s Due” there’s a large enough gap between it and “Her” because after taking a 60% hit making the move from weekend one to two, it’ll be left with just $3 million to show for its second go-around, giving it just one more weekend in the top ten.

9. The Wolf of Wall Street 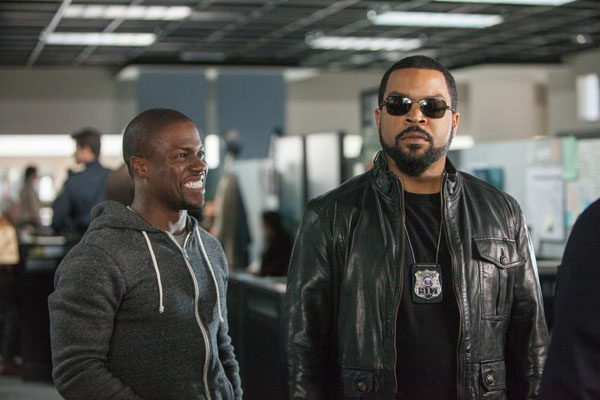