People often believe that they have to follow a written and set guideline of socially acceptable behavior in order to gain acceptance and admiration by their peers. But it takes a talented and devoted individual to push the boundaries of truly acceptable moral behavior, in an effort to fulfill their goals and dreams and find peace and contentment over their choices within themselves. One such talented and diverse filmmaker, who consistently proves his writing and directing talents, as well as his interest in telling relatable stories that explore the complexities of life, in independent movies, instead making another generic studio movie, is Joe Swanberg.

The Chicago-based filmmaker, who has penned, helmed and starred in a diverse range of feature and short films and television series episodes, including comedy and horror, has become most well known for making micro-budget dramas that use extensive use of improvisation. As a result of his dedication to truly speaking to his actors when he first comes up with an idea for a movie, and allowing them to truly infuse their characters with dialogue and motivations they think are authentic, Swanberg is a major figure in the mumblecore film movement.

The writer-director’s latest empowering independent film that focuses on how such important factors as sex, technology and social stigmas impact relationships is the suspense film, ’24 Exposures,’ which opens today in select theaters and on VOD. The movie follows fetish photographer Billy (Adam Wingard), who spends his days snapping pictures of young models who have been made up to look like victims of suicides or attacks. His girlfriend, Alex (Caroline White), is fine with the way he interacts with the models, and even serves as his assistant.

Billy’s interactions with his models and girlfriend become intertwined with a police investigation, led by detective Mike (Simon Barrett), of an actual murder of one of the girls in the photographs. The officer investigates whether her death is somehow connected to Billy and his crew. In the process, the professional and personal relationships between the detective and photographer become blurred, leading Mike’s superiors to question if he is remaining objective throughout the investigation.

Regularly works with the same actors, co-directors and co-writers, Swanberg has developed his own artistic and relatable sub-genre in the independent filmmaking world. ’24 Exposures’ has reunited the filmmaker with Wingard and Barrett, who respectively helmed and wrote last year’s captivating horror thriller, ‘You’re Next,’ in which he appeared as Drake. The three writer-directors, who all also collaborated on the 2012 horror anthology film together, ‘V/H/S,’ together have formed a natural storytelling bond in which they focus on the relatable actions and motives that movie audiences can easily relate to overall.

Swanberg, who first rose to fame with his 2005 directorial debut, the drama ‘Kissing on the Mouth,’ rightfully gained more mainstream attention last summer with the release of his romance comedy-drama, ‘Drinking Buddies.’ The movie, which starred such high profile actors as Jake Johnson, Olivia Wilde, Anna Kendrick and Ron Livingston, cleverly experimented with telling a realistic story of two colleagues and friends who are struggling with their romantic feelings for each other, as they try to work together every day.

While promoting ‘Drinking Buddies’ last summer, Swanberg revealed in an exclusive interview with Shockya that it was surreal that his romance film opened on the same day as ‘You’re Next.’ While both films are completely different in nature, he’s proud of the realistic nature of both stories.

Swanberg added that while Wingard and Barrett did make the thriller independently, “it was great to see them take on a bigger movie, and really do a great job with it.” He added that it was fun to be on the set, “because so many of my friends are in the movie, too. So I really felt right at home, acting alongside people like Ti West, AJ Bowen and Amy Seimetz. There were so many of my friends, who’ve I done so many projects with in the past.”

Based on his own acting experience, Swanberg feels it’s important for the actors he directs to infuse their characters with realistic, passionate motives and emotions. So he typically only presents actors with an outline of the story he wants to film, sometimes a mere couple of weeks before shooting is set to begin. Since the director regularly works with the same cast and crew on many of his films, they have developed a shorthand that allows them the luxury of reuniting for a new project on short notice.

Swanberg will discuss the characters and their development with his actors before they begin shooting, so they can understand the ideas he has about their motivations. But he encourages them to improvise on set, so much so that it’s “a big part of the process, to invite them in and own the characters, in a way. I create rough sketches of who I think these people are going to be, and it’s not until the actors are involved that we can get specific,” the director said.

The filmmaker is such a champion of drawing authentic performances from his actors that he often allows his friends play versions of themselves onscreen. But Swanberg does ask them to live inside the minds of their characters after their line-reading, so that they can easily make decisions in the mind-sets of the roles they’re portraying.

As a director, Swanberg also focuses on naturalism by often shooting his films in the homes of his actors, and usually doesn’t film more than two takes for each scene. He feels that if his actors have found a way to make a scene work, he doesn’t need to change it.

Not only does limiting the amount of takes he shoots help infuse an genuineness into the actors’ interactions, it also helps keep his production cost down,. Swanberg also practically makes his films after he transitioned into using digital cameras as soon as they became affordable and easily accessible. Since he wants to stay away from the permission-based system that requires him to secure outside money to fund his ideas, he can’t always make the perfect film. But he believes that makes his projects more unique and gratifying than standard independent films.

Since he wants to keep his production cost on his films as low as possible, Swanberg often works as the cinematographer and editor on his movies, as well. He thinks it’s easier for him to edit the movies he directs, as he knows right away on set when he’s captured something he needs to use. He believes he can best capture his true vision without having to explain how he wants a camera set up, or how a scene should be cut to another person.

Since many of his films, including ’24 Exposures’ and ‘Drinking Buddies,’ have received both limited theatrical and VOD releases, the writer-director feels both platforms are beneficial to audiences. Releasing movies On Demand allows viewers across the country, and not just in big metropolitan areas, to see smaller movies as soon as they’re released.

But Swanberg also said “I still value the theater-going experience. I make it a point to see the movies I want to see in the movie theater. But to me, it’s not a one or the other thing, because I feel a lot of my favorite films that I saw on video for the first time, and then I was able to go back to see them in a movie theater later. I feel like stories that stick with audiences, and the movies that remain relevant, get the chance later to be in the movie theater, or they never quite go away.” Much like his favorite films, Swanberg’s relatable films, which are filled with both emotion and humor, are sure to stick around and influence generations of film audiences for years to come. 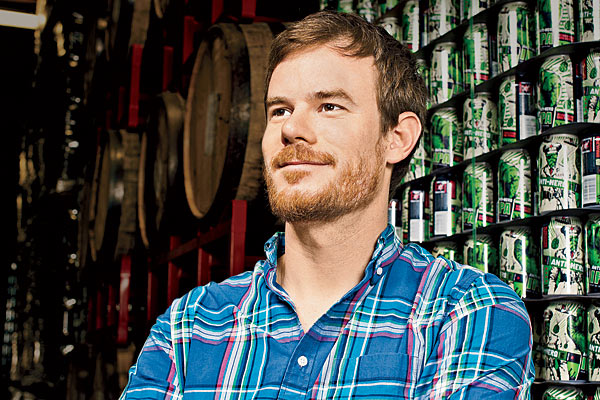