Joining Janice Dickinson and Eric Roberts, Corey Feldman now has his own show on the Beverly Hills TV Studio, FilmOn.

Owned by media entrepreneur Alki David, FilmOn combines a network of streaming television and film channels from all over the world with its very own brand of weird, broadcasting live from the FilmOn Studio. Feldman’s new show — Corey Feldman Presents: Corey’s Angels Talk Live is only the latest.

When asked what to expect on his show — airing on Tuesdays from 1 to 3 p.m. PST and Thursdays from 3 to 4 p.m. PST — the former child star said to expect the unexpected, as well as visits from his troupe of sexy and scantily clad ladies, Corey’s Angels. 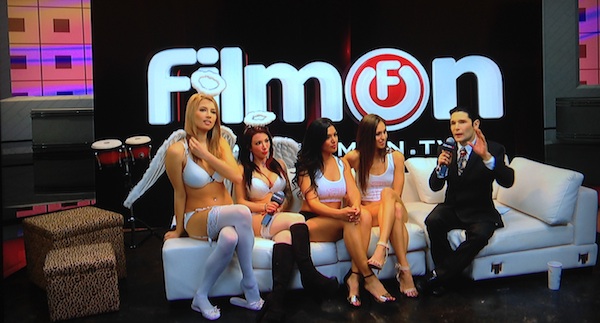