There are innumerable films about young girls with sweet-natured fathers whose addictions prevent them from fully being the parent their child always wanted them to be. Such stories are commonplace, and they’re distinguishable by the reason for the father’s tendencies and the daughter’s ability to survive and thrive despite everything. In Low Down, Amy (Elle Fanning) is the daughter of jazz pianist Joe Albany (John Hawkes), who certainly has talent and has played with the greats. This true story is mostly familiar, and while its performers do their best to make it individualized, it doesn’t quite hit home the way it should.

In the film’s opening scene, Amy introduces her father, seen skipping across the street excitedly. The frame freezes as he is pinned against his car and then taken into police custody. This scene could well come from any point during the film, but in this case, it’s when Joe is being sent back to prison. Joe is very much a ticking time bomb, late on his payments to those to whom he owes money and always believing that a smile and some good piano playing can get him out of any situation. Amy knows this not to be true, but idolizes her father nonetheless.

Though this is Joe’s story, it is narrated by Amy, which makes her an equally important player. Amy is someone who has seen elements of an adult world to which a thirteen-year-old should not have been exposed, as she is left to her devices on multiple occasions. Amy explores her building and forms a friendship with a tenant (Peter Dinklage) who seems to interesting to her. Amy also has to contend with an even worse parent, her monster mother (Lena Headey), who visits rarely and chooses to demean and insult her daughter with a drink in one hand every time she is around. Despite that, Amy proves to be strong, thanks in part to the positive influence of Joe’s mother (Glenn Close), who supports Amy and loves her son, who she tries to help keep from straying from the right path.

Hawkes is a great actor who has delivered a range of performances in the past that have shown his abilities. As Joe, he exudes a passion for music, but it’s not the most substantially-written role he’s had. Fanning is a mature, smart actress, and despite her best efforts, this performance is the less impressive of her Sundance features this year (don’t miss her in Young Ones). Close isn’t given a very meaty role either, and the one who does respond and go beyond what is asked of her is Headey, managing to be despicable and utterly cruel. The best elements of the film are not its performances, acting or musical, but instead its art direction and costume design, colorfully illustrating the 1970s and telling a less compelling story about one family and its idiosyncrasies within that universe. 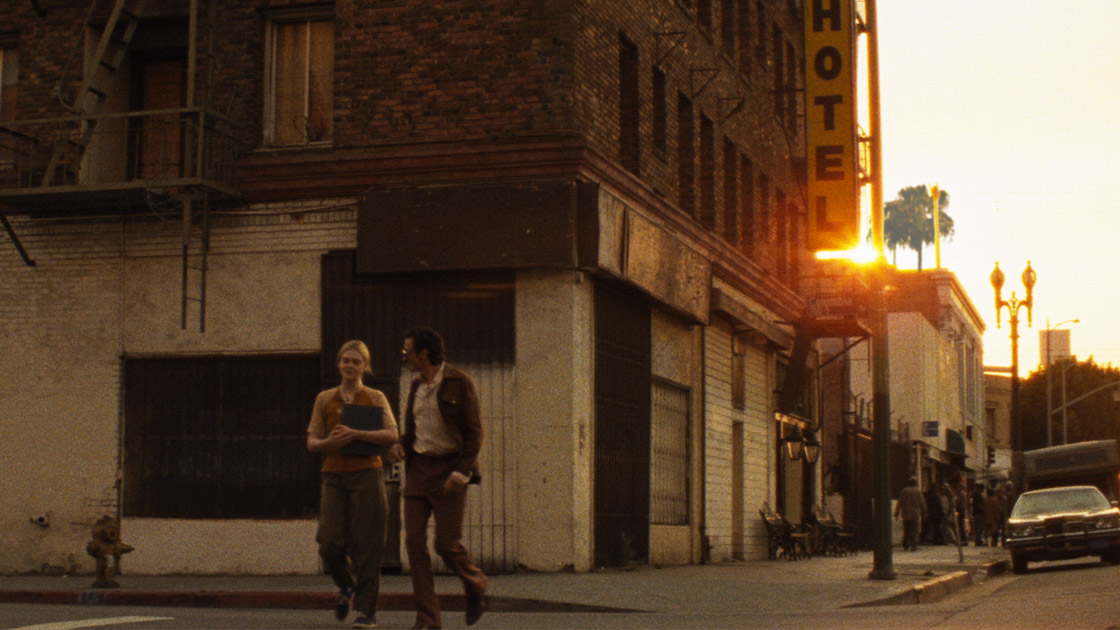