Box Office Predictions: That Awkward Moment When You Win The Weekend But Not With Much

It looks like we may be in for another lukewarm weekend at the box office. We’ve only got “Labor Day” and “That Awkward Moment” on the way and while one will dethrone “Ride Along,” neither will earn big hit status.

Of the two, “That Awkward Moment” will absolutely come out on top. There’s a good chance it’ll keep in line with the 2011 release, “No Strings Attached.” It’s got star power and isn’t facing much new competition, but it’s also slow going for new releases this time of year. It looks as though “That Awkward Moment” will kick off its run on top, but with just about $17 million. As for “Labor Day,” not only did this one miss the mark in terms of awards season, but now it’ll also fall short on the financial front, too. Even though it’s a Jason Reitman film and rocks a cast that incudes Kate Winslet and Josh Brolin, it hasn’t gotten much of a promotional push and it isn’t really an appropriate late January release. Right now the attention is on more mindless fare and Oscar contenders, so “Labor Day” could get slapped with a “Love and Other Drugs” sized opening of about $9 million.

There’s no doubt that “Ride Along” will keep on top of the box office veterans. Considering it opened with $41.5 million, it’s quite impressive that it managed to keep its weekend one to two percent change below 50%, so there’s no reason to think it’ll drop much more than that this time around. Should it dip just 40% moving into its third weekend out, it’ll take second place with a solid $13 million. “Lone Survivor” should have no trouble holding strong as well. It’s enjoyed a solid run thus far and considering there aren’t any new heavy hitters moving in, it shouldn’t drop more than 40%, which would leave it with an $8 million fifth weekend out.

Both “The Nut Job” and “Frozen” are also in a similar position. Even though they’re in direct competition with each other, both are still thriving and with no new family friendly fair dipping into their target audience, they should hold up well. Even if “The Nut Job’s” percent change creeps up to 40% and “Frozen’s” hits 30%, the former will still claim another $7 million and the latter $6.5 million, which will absolutely be good enough for the fifth and sixth spots.

“Jack Ryan: Shadow Recruit,” on the other hand, could have a rough time. Even though it dipped just 41.2% making the move from weekend one to two, it didn’t have all that far to fall to begin with. If it winds up dropping 47% this time around, it’ll be left with just $4.5 million and while that will be good enough to keep ahead of “I, Frankenstein,” the same won’t be true with “American Hustle.” Clearly “I, Frankenstein” is a total bust already, but it’s about to further solidify itself as a lost cause considering there’s a good chance it could lose 55% of its measly weekend one profits and be left with just less than $4 million for its second weekend out. Thanks to “Jack Ryan” and “I, Frankenstein’s” quick declines and its own long legs, “American Hustle” could hold strong enough to keep the #7 spot. Even if that 28.4% weekend six to seven decline hits 35%, that’ll still give it a little more than $4.5 million to take to the bank.

Considering “August: Osage County” is slipping faster, “The Wolf of Wall Street” will likely earn one last weekend in the top ten. If its 22.5% weekend four to five decline creeps up to about 35%, it’ll take in another $3.5 million, letting its domestic grand total clear its $100 million production budget.

10. The Wolf of Wall Street 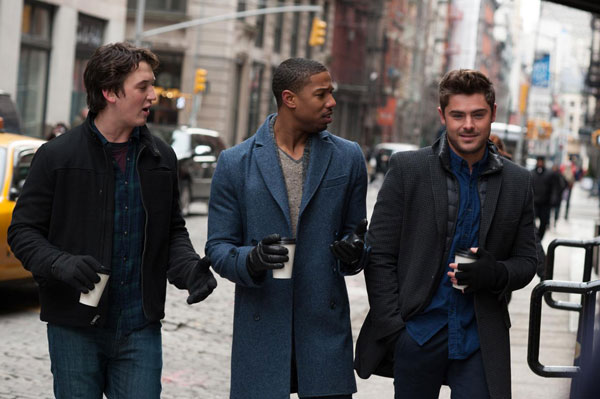