Charlie (Shia LaBeouf) just lost his mother; watched her lover hold her hand as she slipped away…then he had a conversation with his dead mother out in the hallway where she tells him to go to Bucharest.  Charlie boards a plane headed to Romania where his seat buddy is an eccentric older man named Victor (Ion Caramitru)who suddenly dies on the trip. Charlie is forced to sit next to a corpse for the remainder of the flight. He has a conversation with dead Victor who tells him to give his daughter a message in Romanian. When Charlie sees Gabi (Evan Rachel Wood), he is instantly smitten.  He volunteers to ride with her as she follows the ambulance carrying her father’s body which gets into an accident, and they witness the bodybag launched into the air and landing in the road.  Gabi rides to the hospital the rest of the way in a new ambulance with her father’s body.  Left with Gabi’s car and cello in the back, Charlie is desperate to find her.  In the meantime he arrives at a youth hostel where he’s put together with a couple of party dudes – Luc (The Inbetweeners’ James Buckley) the man with a bucket of recreational drugs and Karl (Rupert Grint) a virgin aspiring porn star. As they party the night away, Charlie can’t help but think about Gabi and has an unexpected encounter with her threatening ex husband Nigel (Mads Mikkelsen) in the men’s toilet while on ecstasy.  He runs into Gabi and they spend an incredible night together as they wander the streets of Bucharest.  At Victor’s funeral, the two become closer and Charlie learns that Victor had been hiding some incriminating videotape about Nigel and a strip club owner named Darko (Til Schweiger), who will forever be in Gabi’s life and most likely kill Charlie unless Charlie finds the evidence.

Like a lot of the pubic, I think I’m done with Shia LaBeouf.   I wasn’t really a fan to begin with, but after watching the making of featurette interview, he came off as arrogant and just made him more unlikeable, regardless of how much his co-stars praised him. His acting style in this film was “borrowed” from early John Cusack, which he even describes in the making of featurette on the disc.  He also apparently dropped acid for the clubbing scene. Why drop acid when your character’s supposed to be on ecstasy?  Um, whatever happened to acting? How about research? Leslie Mann wasn’t really drunk for The 40 Year Old Virgin, she got drunk one night and had Seth Rogen film it so she knew how to make it look real when it was time to get into character.   I only watched this film to see Ron Weasley trip balls which was hilarious. I could watch a movie with just Rupert Grint and James Buckley, as they had fantastic chemistry.  Mads Mikkelsen does play a good villain; he just kind of slithered in and out of scenes like a sexy-creepy-badass.  The setting seemed a little convenient and random. Yeah it’s cheap to film in Romania, but who goes to Bucharest unless you’re a goth kid or a Dracula-phile? Slipping a character name like Radu made me smirk even though apparently it’s pretty common over there.  I did laugh when Darko introduced himself to the reply, “Really?” There was supposed to be some controversy with the sex scene that Evan Rachel Wood was all up in arms about, that the MPAA ordered to cut out Charlie performing oral sex on her to get an R-rating.  I’m kind of glad they did, because Shia is really hairy and grimy and that just wouldn’t be hot at all watching this dude that’s been wearing the same clothes for almost 48 hours have sex.  I mean the whole double standard of men vs women getting oral sex on screen is a bit outrageous, but removing it had no effect on the scene whatsoever.  I was half expecting them to put the cut scene in the deleted scenes since there was such a big to-do about it, but nope. Just some extended intros and endings with John Hurt’s narration.  I miss Merlin.

This film is kind of a weird mishmash of different genres and it’s not really sure where it wants to go. Charlie talks to dead people, then that element stops. It’s goes into a mix of  Eurotrip/Hangover with some Trainspotting, next it’s got kind of a Before Sunrise/Sunset romance going, then it turns in to some crime drama.  What kind of movie is this? Pick one genre and stick with it. I did like most of the acting, (Vincent D’Onofrio has a super short scene but is fantastic) and the short instances of comedy, but it’s pretty much a forgettable film. 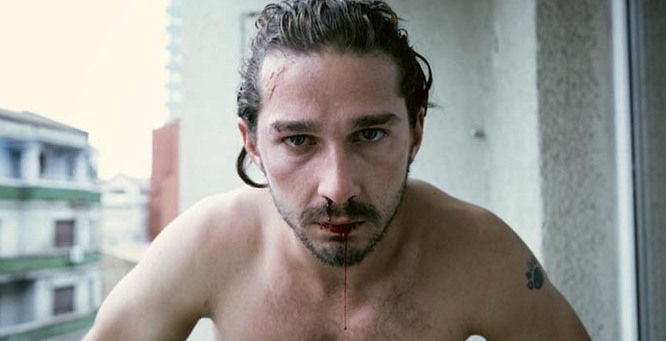