Feb. 9 is the night all “The Walking Dead” fans have been waiting for! The mid-season premiere will be back, but that’s not all; Daryl himself will be available to talk to fans before the premiere!

Norman Reedus will be part of AMC and iTunes TV’s live Twitter Q&A, in which he will answer questions about the show, his character and anything else zombie related. Got a burning question–or several–that you want Reedus to answer? Just tweet your questions to @iTunesTV using the hashtag #askNorman up until the start of the live Q&A, Feb. 9 at 8:30pm ET/5:30pm PT. The mid-season premiere of “The Walking Dead” starts after the Q&A at 9pm ET.

“The Walking Dead” stars Andrew Lincoln as Rick Grimes, the former deputy who has now become the leader of a group of human survivors during a zombie attack. However, it would seem like after the attack led by the Governor (David Morrissey), everything’s up in the air for our main characters. Firstly, the Governor is destined to return, Rick’s son Carl (Chandler Riggs) seems to have become a much stronger leader than Rick himself, and Michonne (Danai Gurira) appears to be out for blood.

What do you think is going to happen in the next half of “The Walking Dead”? Give your opinions in the comments section below! 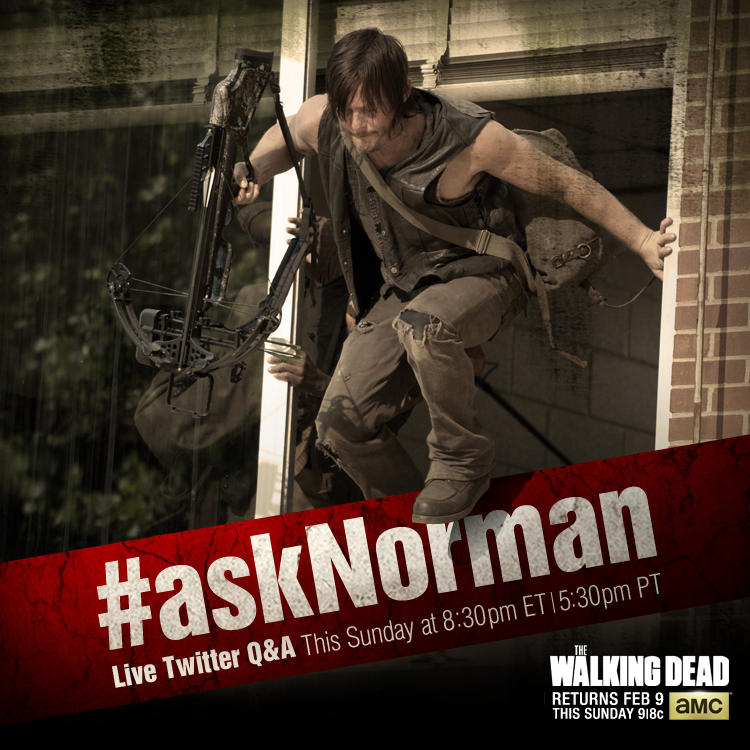