Arnold Schwarzenegger is taking a violent and bloody ride in the new official red band trailer for his upcoming movie, ‘Sabotage.’ Open Road Films, which will be releasing the action thriller in theaters on March 28, is showing the signature gritty realism of an elite team of DEA agents in the trailer. The trailer also follows the actor’s character, DEA task force leader John ‘Breacher’ Wharton, as he searches for one of the world’s deadliest drug cartels, which is seeking revenge on his team.

Open Road Films has released the following synopsis for the action crime drama:

In ‘Sabotage,’ Arnold Schwarzenegger leads an elite DEA task force that takes on the world’s deadliest drug cartels. When the team successfully executes a high-stakes raid on a cartel safe house, they think their work is done – until, one-by-one, the team members mysteriously start to be eliminated. As the body count rises, everyone is a suspect. 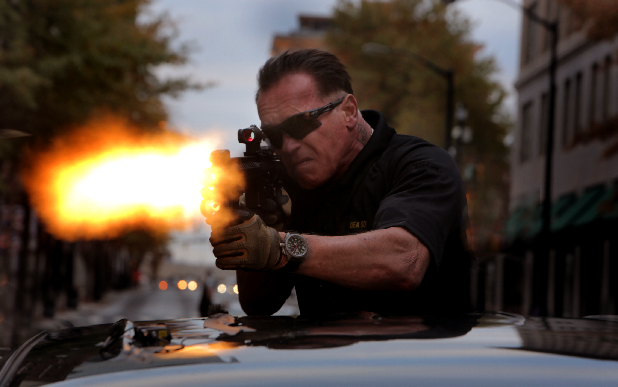