The Raid 2: Berandal Gets A New Poster

The action will premiere during this year’s Sundance Film Festival in Utah, but it will open in a limited released in March 2014. There should be more action, as the story moves away from an apartment building to the mean streets of Jakarta. Sony released a new poster that features the film’s many characters. From Sony’s press release:

Sony Pictures Classics and Stage 6 Films announced today that they will release THE RAID 2 in the United States on March 28. The film will have its World Premiere at the upcoming 2014 Sundance Film Festival.

Written and directed by Gareth Evans, THE RAID 2 picks up right where the first film left off and follows Rama (Iko Uwais) as he goes undercover and infiltrates the ranks of a ruthless Jakarta crime syndicate in order to protect his family and uncover the corruption in his own police force. 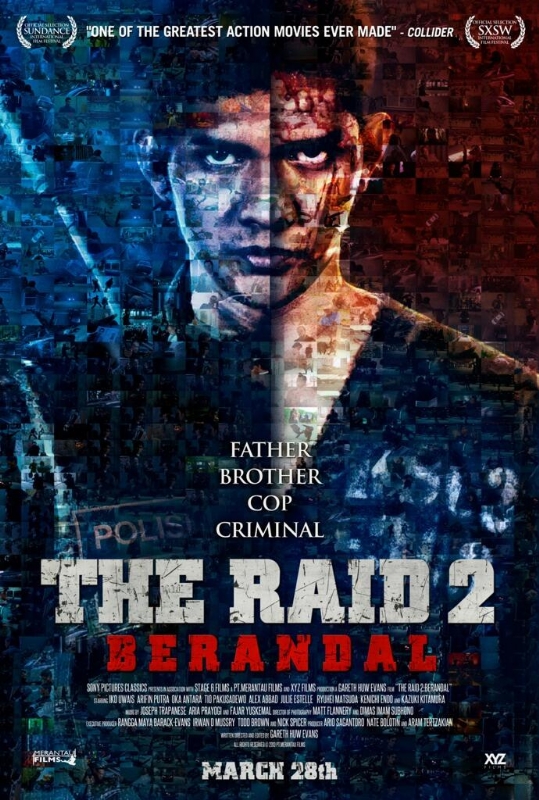