The true story of James Burns, a troubled kid who was in and out of jail until he finally turned his life around when released for the last time at 18. James can’t get into a public school because the school board is concerned he will pose a danger to the children, so while he waits as his hard working mother (Mary-Louise Parker) tries to appeal their decision to allow him to enroll, he becomes involved with a gang leader named Roc (Michael Trotter) and a trashy girl named Crystal (Rosa Salazar) who give him his kick start from juvie to jail.  While in prison, James meets Conrad (Ving Rhames) a lifetime resident who’s in for murder, who becomes like a mentor and encourages James to find creative release in writing poetry. Things start to look up for James when he meets a shop owner’s daughter (Taissa Farmiga) who gives him hope of ever getting out of his life of crime and the will to aspire to overcome his past.

The film bounces around from different timelines which gets very confusing. I guess the editing style is supposed to give the audience a feel that James’ life is in a constant downward spiral, but I felt it hard to keep up.  The token character Red Conrad is so cliche, he probably did not even exist; he barely interacts with him enough to even classify as a mentor.  I get the same feeling about the hardened but caring warden (James Woods) and suicidal inmate (Nicholas Braun) whom James tries to save, which seemed too much of a convenient cathartic moment to be a  to actually be believable.

The cliche saturated script is pretty generic and bland.  It’s one of those biopics that probably relied solely on the pitch, mainly inflating the actual story – movies like Rudy and The Pursuit of Happyness; only this story wasn’t as heartwarming and inspiring or as well written. The special features has a bulk of cast interviews whose answers to questions about the script came off as phony. James Burns’ life really isn’t as interesting as the filmmakers desperately wanted the viewers to believe, though it’s still fairly tragic even though he eventually gets his life on track.  I’m just one of those cynical assholes who don’t really care about kids when they screw up as bad as James did. The only points I can give it is that it might be a good motivator to show kids who are actually stuck in the system that will teach them to accept they made the mess and it’s up to them to want to get out of it. Nobody is to blame but themselves. They have to learn to take the hits when society has given up on them,  have to prove themselves worthy of a second chance and not be surprised when the world isn’t so forgiving.  James eventually moves out of the community and reinvents himself as an “up and coming poet in New York.” Yeah kids if you can stay out of jail and fly straight, you can get a movie deal too. 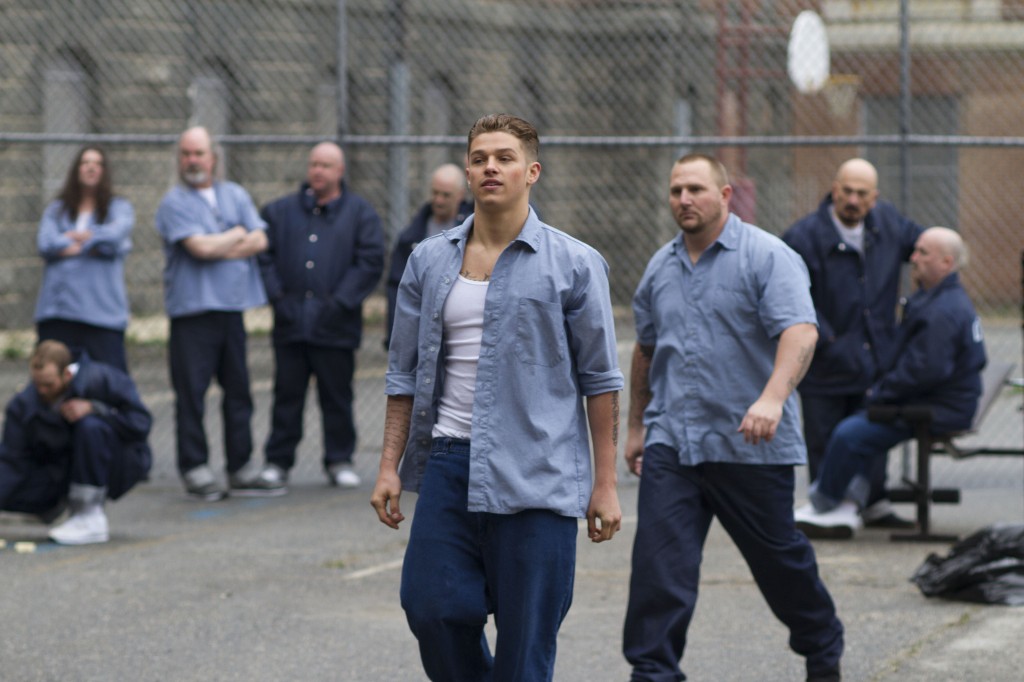