Seth MacFarlane follow up to his hit comedy “Ted” from 2012 is going to be a comedy and Western. “A Million Ways To Die In The West” is positioned to be one of the biggest comedies this summer. The film features an all-star cast and from the looks of the movie’s new poster, it looks like it will be a very funny one too. Universal Pictures has put a lot of faith on MacFarlane after the surprise success of “Ted,” so hopefully “A Million Ways To Die In The West” will be another good one from the “Family Guy” creator.

“Albert (Seth MacFarlane) is a sheep farmer who lacks courage, loses his beloved girlfriend (Amanda Seyfried) as a result of his withdrawal from a duel. He soon meets another lady (Charlize Theron), and discovers his bravery and confidence. The herder soon realizes his true potential when the lady’s spouse (Liam Neeson), an infamous criminal, demands payback.” 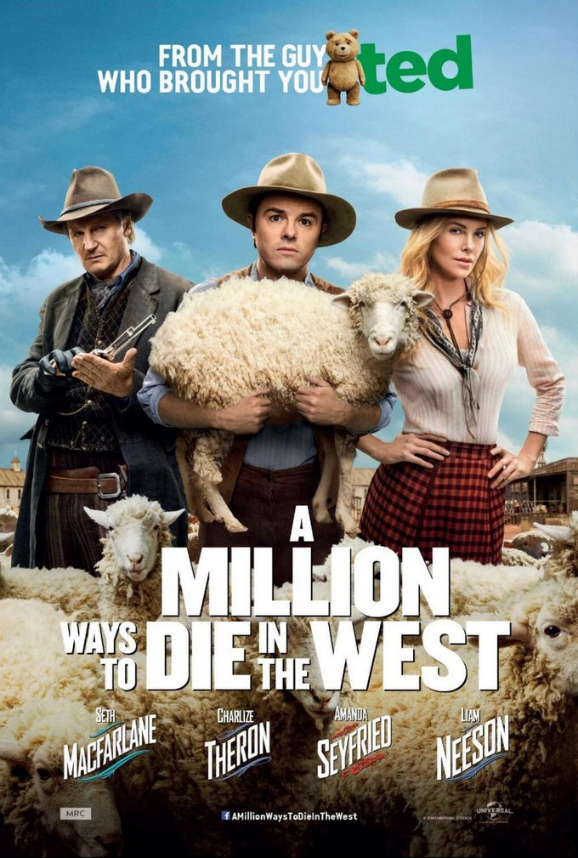