Arnold Schwarzenegger and his team are taking the heat in a tense new clip from the upcoming drama, ‘Sabotage.’ The latest clip features the increasing pressure between the elite DEA squad that’s led by the actor’s character, John ‘Breacher’ Wharton. The group succumbs to their burdens as everything begins unraveling after a big drug bust.

The following synopsis has been released for ‘Sabotage’:

Arnold Schwarzenegger leads an elite DEA task force that takes on the world’s deadliest drug cartels. When the team successfully executes a high-stakes raid on a cartel safe house, they think their work is done – until, one-by-one, the team members mysteriously start to be eliminated. As the body count rises, everyone is a suspect. 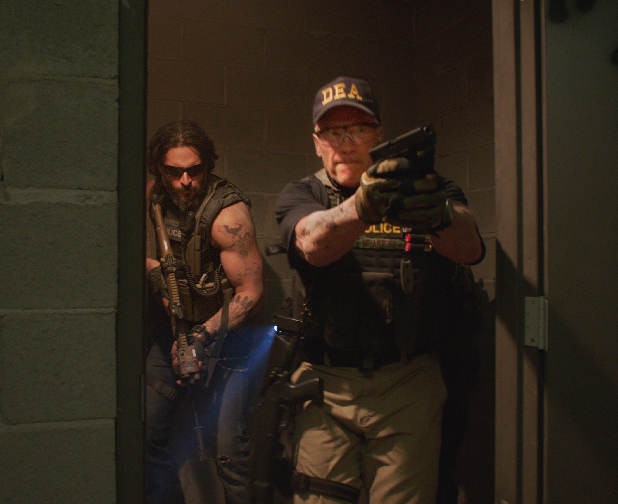