Katy Perry has revealed that she didn’t like her kiss with Miley Cyrus as much as the kiss she sang about in her hit song ‘I Kissed a Girl’.

In the wake of touching lips with Cyrus during one of her performances for her Bangerz tour, 29 year old Perry told Australian talk show Sunrise that she got a bit more than she bargained for.

She told the show: “I just walked up to her to give her like a friendly girly kiss, you know, as girls do and then she like tried to move her head and go deeper and I pulled away”.

The tongue of the 21 year old former Disney star has become a bit of a trademark over the last couple of years as the pop singer has created her own signature pose by sticking it out.

Perry said: “God knows where that tongue has been. We don’t know! That tongue is so infamous!”

If you enjoy music videos check out FilmOn for hundreds of free channels. 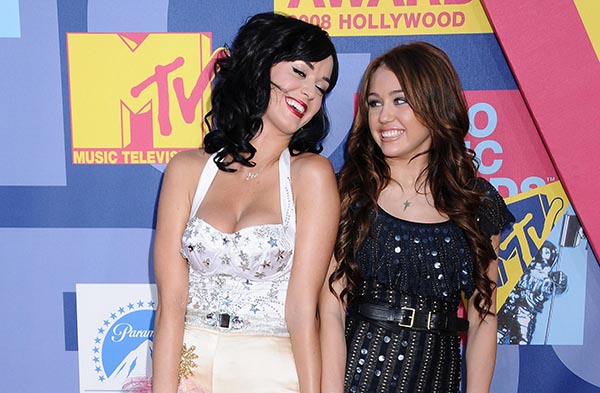