‘Bad Ass 2: Bad Asses’ is offering a smack down, as the action-packed follow-up to the 2012 cult hit ‘Bad Ass’ is set to make its debut on home entertainment. Twentieth Century Fox Home Entertainment will release the sequel on Digital HD on March 25, and which will be followed by a Blu-ray and DVD release on April 8. The prebook for the home entertainment begins on Wednesday, March 12.

Writer-director Craig Moss, who penned and helmed ‘Bad Ass,’ returned to the series with ‘Bad Ass 2: Bad Asses,’ which features a supporting cast that includes Loni Love, Jonathan Lipnicki and Andrew Divoff. Moss brought the franchise’s two unlikely heroes back together to deliver another round of the hard-hitting movie experience to hit home entertainment this year.

The Blu-ray and DVD include a “Making of Bad Asses” featurette with Trejo and Glover. The two actors take fans behind-the-scenes to show them what it takes to be a real bad ass, even at senior status.

Vietnam vet Frank Vega (Trejo) now runs an East L.A. community center where he trains young boxers to survive in and out of the ring. But when his prize student falls in with the wrong crowd and turns up dead, Frank teams up with his pal Bernie (Glover) to take matters into their own fists and prove that justice never gets old. 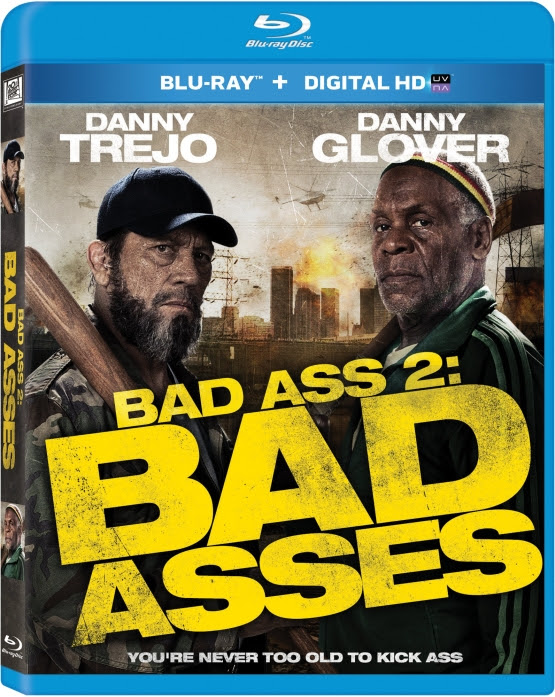