Winner of both the Audience Award and Best Documentary prize at last year’s Fantastic Fest, “Jodorowsky’s Dune” tells the story of French-Chilean cult film director Alejandro Jodorowsky’s legendarily ambitious but ultimately doomed adaptation of Frank Herbert’s seminal science fiction novel “Dune.” Directed by Frank Pavich, this entertaining and well-polished movie connects as a slice of exploratory nonfiction portraiture, and serves as a reminder that, in significant ways, we can be defined or best remembered by efforts that don’t achieve success or even fruition — we can be celebrated for the manner in which we conduct ourselves in noble defeat.

A shamanistic cinematic surrealist who attained acclaim chiefly via a pair of early-1970s avant-garde films, “El Topo” and “The Holy Mountain,” in which he also starred, Jodorowsky connected with producer Michel Seydoux in 1974. He initially set out to make “Dune” for seemingly no particular reason other than the expansive canvas it afforded (Jodorowsky hadn’t even read the book, he just had the recommendation of a friend), assembling a group of like-minded “spiritual warriors” to craft a movie that would open the minds of those who saw it, and spark revolutionary thought, especially in a younger generation.

“Jodorowsky’s Dune,” then, unfolds as a curated trip through the filmmaker’s tilting at windmills, with Seydoux and the now 85-year-old Jodorowsky discussing in detail a pre-production process that included the commissioning of music from Pink Floyd and Magma, as well as Jodorowsky’s plans to cast Salvador Dali and Orson Welles as Emperor Shaddam Corrino and Baron Harkonnen, respectively, and David Carradine and Mick Jagger in supporting roles. (“Drive” director Nicolas Winding Refn also pops up, describing a post-dinner conversation in which Jodorowsky led him through his massive “Dune” pre-production book, with thousands of storyboards, character sketches and other concept art.) The result of course has more remove than “Lost in La Mancha,” Keith Fulton and Louis Pepe’s more or less real-time 2002 documentary about Terry Gilliam’s ill-fated adaptation of “Don Quixote,” but Pavich makes use of his subject’s memory and extensive archives to provide a visually lively and compelling look at this alt-universe “Dune” that never was.

It helps, too, that Jodorowsky is a figure of such enthusiasm and positivity; if there was bitterness surrounding the project’s dissolution, it’s long since dissipated. In keeping with this, Pavich’s film is mostly about art, and not commerce; as the title augurs, it serves as a platform for Jodorowsky’s ideas about “Dune,” and not so much a story of the particulars of its funding collapse and termination. (The realized big screen version of the film, by David Lynch, isn’t really mentioned until over 70 minutes into Pavich’s movie, and even then in generous fashion, with Jodorowsky assigning blame for its failure with producers, and not the “Blue Velvet” filmmaker, for whom he professes admiration.) For the most part this tack works, though one does on occasions ponder profligate pre-production spending and rights windows and all that.

“Jodorowsky’s Dune” does a good job of convincing viewers of its subject’s singular vision, and of the fact that the filmmaker’s adaptation of Herbert’s sprawling novel would have been a bold and imaginative work. Apart from its narrative and thematic adventurousness, some of the shots and special effects Jodorowsky describes as wanting to do are definitely of the groundbreaking variety, and it’s hard to know how (or if) he could have pulled them off at the time, on a technical level. It’s less settled whether Jodorowsky would have made it to the screen with his entire repertory company intact (while Dali and Welles weren’t necessarily known for saying yes to lots of projects, they were also capricious figures), and of course more speculative and even less settled still how this work would have been received commercially, no matter the name recognition of the book. Would there have been no “Star Wars” franchise had Jodorowsky beaten George Lucas to the punch in delivering his space epic? Perhaps. Of course, we’ll never know definitively, and that’s part of what makes “Jodorowsky’s Dune” such a fantasy film-nerd brain tickle.

What can be established, however, is the talent of the behind-the-scenes creative team that Jodorowsky assembled, including Jean “Moebius” Girard, Chris Foss, Dan O’Bannon and H.R. Giger (the latter two of whom would of course reunite for “Alien”). That they would go on to make important contributions in many other films speaks to Jodorowsky’s eye for talent, certainly, as well as the notion that a lot of great art needs a touch of madness. 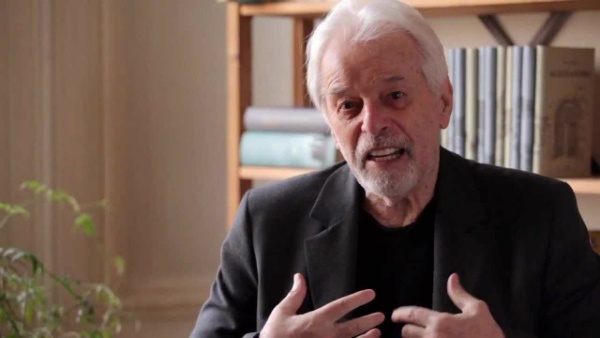