Tyrese Gibson has revealed that the crew on the set of Fast & Furious 7 will honor Paul Walker, following his tragic death in a car accident in November of last year.

In an interview with TooFab Tyrese said: “Before we start filming we are going to have a strong prayer. That will be the start, before we film anything. That’s what is needed for us to do Fast & Furious 7.”

Walker featured in five out of the previous six movies, missing out on ‘Tokyo Drift’, starring as undercover cop / racing driver Brian O’Connor.

In the aftermath of making the Fast & Furious series it became evident that the leading actors became close off-set as well as on-set.

Tyrese said “This is the only movie I ever worked on where we are all real close even after the movie is over.

“It wasn’t just losing a co-star, he was family for real. That’s why it took so long to recover.”

Fast & Furious 7 is set to hit theaters in April 2015 and Paul Walker will play a part in the movie, and according to The Hollywood Reporter his character will not be killed off.

Instead movie bosses intend to retire his character in a more graceful way, which will allow them to use more of the footage he shot prior to his passing. 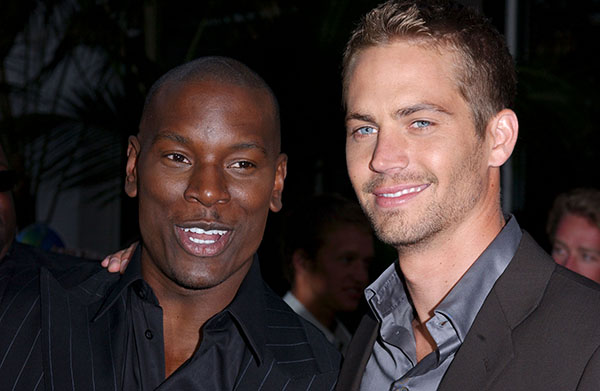