“Rosemary’s Baby” is coming to NBC this summer and the Zoe Saldana-starrer is, of course, a well-known story to most of us who follow entertainment and horror-thrillers. The series is based on the 1968’s cult classic starring Mia Farrow and John Cassavetes and directed by Roman Polanski. Mia Farrow’s character Rosemary becomes mysteriously pregnant and, due to the the safety (and identity) of her baby becomes a source of growing paranoia and terror.

From the teaser poster, it looks like not much has changed about the story, even down to Rosemary’s quintessential pixie cut. But both the teaser poster and “teaser” video don’t really tell us tons. In fact the “teaser” tells us nothing except that there’s a baby that’s really upset. That’s the main reason “teaser” has been in quotations; it’s not really a teaser so much as it is just 10 seconds of a baby crying. That’s not a teaser. That’s just a soundbite.

Perhaps you want to hear the crying baby for yourself; if so, check out the “teaser” below” the post. No word on as to exactly when “Rosemary’s Baby” will be airing this summer, but if the show lives up to the hype, it’ll make your sun-filled days just a little bit more terrifying. 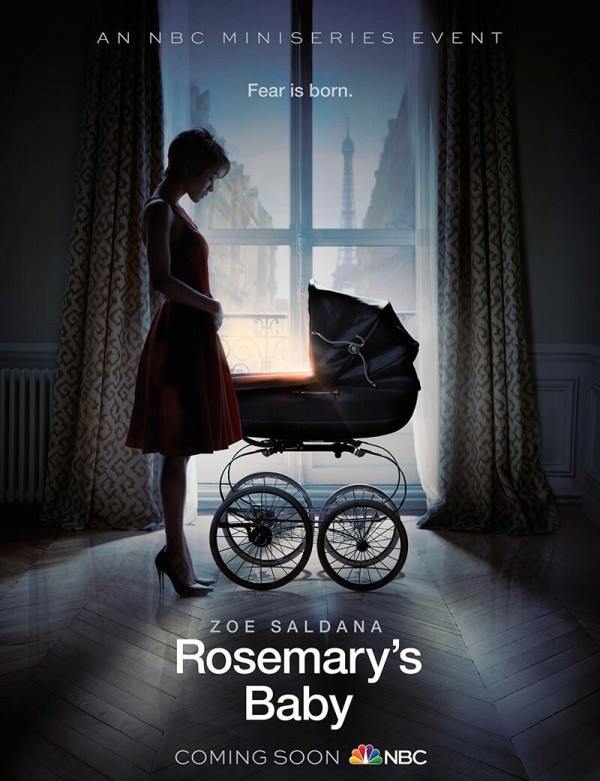