‘Nymphomaniac Volume II‘ picks up with the story of Joe’s adulthood, where her journey of self-discovery leads to darker complications.

Volume I was witty and amusing, using an ironic approach to the sexual topic matter that enthrallingly weaved in philosophical digressions. Volume II is an utter disappointment, since the entire narrative style changes, leaving greater space to a kaleidoscope of extremisms in copulation, so brutal, that it becomes disturbing.

In the chapters ‘The Eastern & Western Church (The Silent  Duck),’ ‘The Mirror’ and ‘The Gun,’ the sex maniac takes a walk on the wild side, drawn by the fascination of violence. The Danish director has always flaunted his desire to provoke with his films and his public declarations (in 2011 he was expelled from the Cannes Film Festival for making facetious comments expressing sympathy for Hitler). So we need not be surprised when the controversial remarks (such as the defence of the term “negroes”) and behaviour of his Nymphomaniac-protagonist, attempt to deliver an overall feminist-positive message, i.e. Why condemn a woman if she were to embrace the same attitude that so often we accept in men?

Yet the female psyche doesn’t transpire. What comes across is the director’s effort to think like a woman and become the paladin of gender politics, placing on the big screen his internal battles with freedom and restrictions. 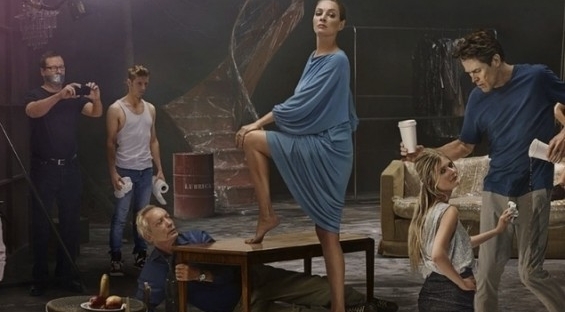