‘Noah’ star Russell Crowe and co-writer-director Darren Aronofsky are shedding light on Ray Winstone’s character, Tubal-cain, in a video chat about the film. The two discuss Tubal-cain, the man who killed Noah’s father, and who also doesn’t the title biblical character, either.

The video chat between Crowe and Aronofsky supports the release of the drama, which opens today in theaters and IMAX. Audiences can also interactively explore the three decks of Noah’s ark by visiting the online Ark Experience on the drama’s official website.

Crowe portrays Noah in the film, which is inspired by the biblical character’s story of courage, sacrifice and hope. The drama also stars Anthony Hopkins as the title character’s grandfather, Methuselah; Jennifer Connelly as Noah’s wife, Naameh; and Logan Lerman, Douglas Booth and Leo McHugh Carroll as their children, Ham, Shem and Japheth.

For more information on ‘Noah,’ visit the adventure drama’s Facebook and Twitter pages. Watch Crowe and Aronofsky discuss Tubal-cain in the video below. 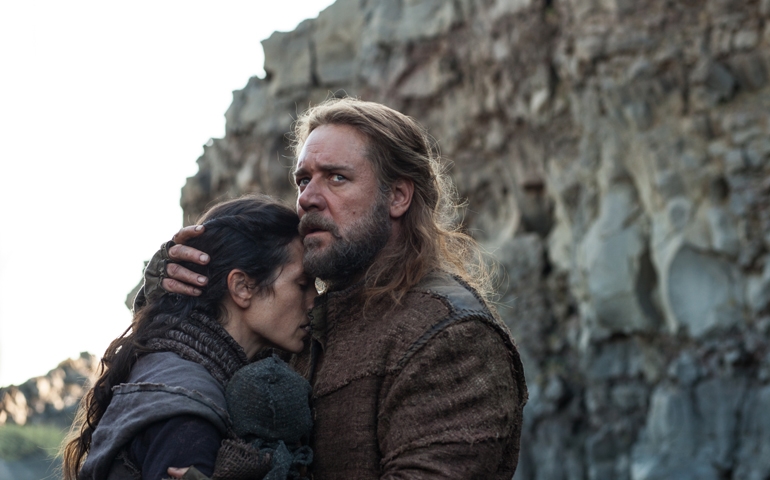