Twitter went into a frenzy yesterday – with thousands of One Direction fans fearing that Zayn Malik was dead – after a hoax hashtag was posted that read: #RIPZaynMalik .

The hash-tag sparked a huge reaction from fans until they realised that the singer was in good health, and the whole thing was an April Fool’s Day prank.

The ‘One Directioners’ responded with anger and filled the social media site with furious responses. Fans from across the globe tweeted threats towards whoever had started the prank, describing it as “disgusting” and “idiotic”.

The person who did come up with the hash-tag has not been identified, something that may be for the best as one person tweeted: “WHY IS THIS TRENDING #RIPZAYNMALIK?!????? DO I NEEDA KILL SOMEONE?!?!!!? ILL CHOP THEIR BALLS AND SLIT THEIR THROAT!!!!”

Another upset fan tweeted a picture with the following message for whoever was behind it all: “If I had a gun with two bullets. And I was in a room with Hitler, Bin Laden, and you. I would shoot you twice” 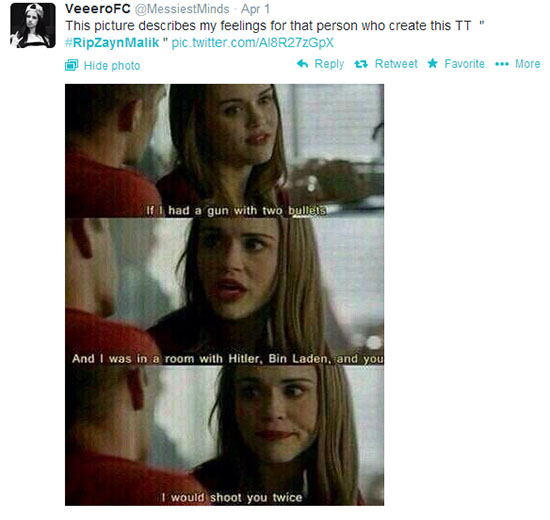 Others seemed more bemused at the fact that the boy-band’s followers were complaining about the hash-tag trending whilst spreading it further by including it in their own tweets and retweeting other tweets that included #RIPZaynMalik.

The 21 year old has not commented on the prank directly, but by the looks of things his fanatic followers have his back securely covered.

*You can watch music videos and much more on FilmOn 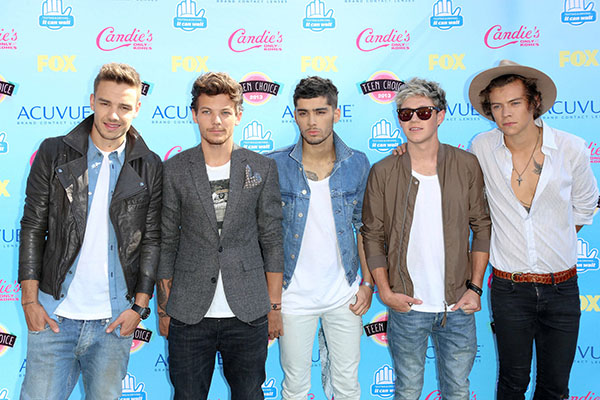 Cancel reply
Exclusive: Game of Arms Clip Reveals A Serious Injury
End of a legacy! The Official trailer for James Gandolfini’s final movie ‘The Drop’ is released
To Top