The Simpsons Get Legoized in 550th Episode

Legos have never been more popular. From video games to movies, Legos have reinvented themselves from being the meager children’s toy of yesteryear. Nowadays, they are one of the cornerstones of witty entertainment. Of course, with Lego getting so much attention, it was only a matter of time before other properties would want to be in collusion with Lego. Probably one of the most surprising properties to join forces with Lego is the popular show “The Simpsons.”

Like Lego, “The Simpsons” are always about reinvention and what better way to reinvent the characters than to legoize them? The show revealed through their Facebook page a first look at their upcoming 550th episode, a landmark for the series, that Homer will be transported to a version of Springfield that has been made of the popular bricks. Even his family is made of Legos. How will Homer escape from the Lego Springfield? You’ll have to watch the episode May 4 to find out.

The first look is below the post. It looks cool and, of course, you can expect some Lego “Simpsons” characters sometime soon. How can you not?

What do you think about “The Simpsons” getting Legoized? Discuss it below the comments section. 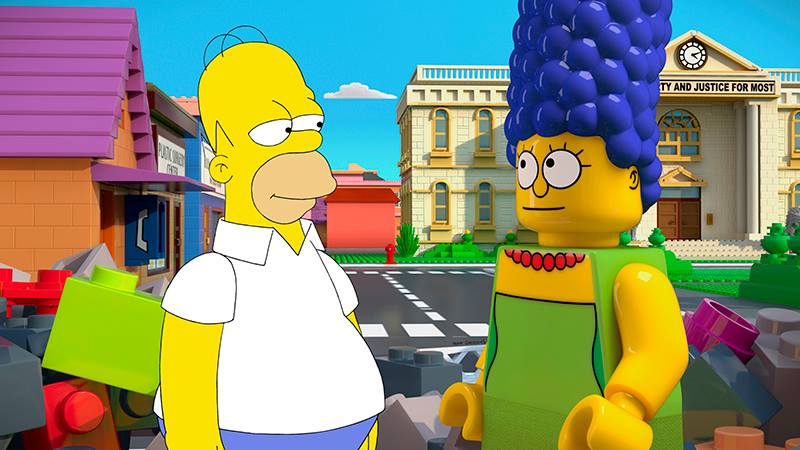