We are now at a point in history where the Millennial Generation (people born between 1982 and 2004) is nostalgic about their youth. When post-post-college careers have become mind numbing and dull that the only cure from responsibility is a road trip or a weekend getaway. The movie “About Alex” should be re-titled “The Small Chill” or “The Big Chill: Millennial Edition” because it shares the same narrative thrust as Lawrence Kasdan’s 1983 film “The Big Chill,” only with one caveat: what if the film’s central friend survived the suicide attempt rather than succeed in ending his own life?

“About Alex” follows a group of six old college friends who reunite after a number of years a part pursuing jobs and families. They meet up in a secluded townhouse somewhere in upstate New York. While the friends haven’t seen each other in years, they pickup as if they had only seen each other yesterday; make no mistake about it, the best thing about “About Alex” is its cast, which is made up of the best of the best television stars including Maggie Grace (“Lost”), Aubrey Plaza (“Parks and Recreation”), Max Greenfield (“New Girl”), Jason Ritter (“The Class”), and Jane Levy (“Suburgatory”). The film features a few notable movie characters actors Max Minghella (“The Social Network”) and Nate Parker (“Red Tails”).

While the film seems like a mini-me version of “The Big Chill,” it actually has something on its mind. The role of nostalgia and technology comes into play in “About Alex,” which is a refreshing and modern look at social networks and the false intimacy shared via Facebook and Instagram. In fact, instead of a suicide note, the film’s titular character tweets his pain and despair in the form of a Shakespeare quote, “Ask for me tomorrow, and you shall find me a grave man.” Alex’s cries for help are posted on various social media platforms, which makes the film a relevant treatise on technology.

“About Alex” is character-driven rather than with its plot, but the film moves with a great sense of urgency. It’s not trying to fix the characters’ problems in one weekend, but rather bring to light that they all still have support from one another. It makes “About Alex” unique in that respect, but at the same time very familiar, as it wears its influences on its sleeve. With a post-modern approach, first time director Jesse Zwick (son of director Ed Zwick) knows exactly how to play a Millennial edition of “The Big Chill.” There are a few references here and there that point to its influences, making sure that the audience, as well as its cast and director, are in on the inside joke. Everything in “About Alex” is played exactly like “The Big Chill,” even down to its goofy dance sequence.

The film is pleasant enough and its cast (especially Max Greenfield) is good enough, but it seems that “About Alex” is merely enough. There’s nothing more (or less) than its face value and superficial themes. While that’s not necessarily a bad thing, it goes to show that the Millennial Generation is mostly surface level. Is that what Zwick was going for with “About Alex?” A showcase for a generation that is still lost with no ambitions living in the ruins of an economic downfall? But for all of its flaws, “About Alex” is a smart and entertaining movie. If you’re of a certain age, it will make you nostalgic for your college years of eating ramen and listening to Arcade Fire. 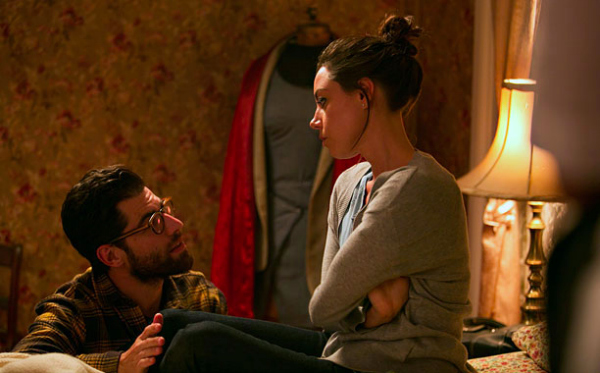