Working with close friends on finding your true purpose and calling in life is a powerful, gripping lesson that not only applies to the lead characters in the new short comedy, ‘Trust Me, I’m a Lifeguard,’ but also the actors and filmmakers of the project. Actress Bree Michael Warner, who already had close friendships with the short’s writers, Christian Keiber and Tyler Hollinger, who also star as the title lifeguards in the film, before they began shooting, learned valuable lessons as a first-time producer on the comedy. As the scribes’ characters worked together to figure out what to do with the rest of their lives after the summer ends, Warner also relished in working with them on the completion of the movie from start to finish. Warner elegantly showed off her humorous first producing effort during the 2014 Tribeca Film Festival, which had its world premiere on Friday, April 18 at the AMC Loews Village 7 theater in New York City.

‘Trust Me, I’m a Lifeguard’ follows friends Sam (Hollinger) and Murphy (Keiber) as they confront the end of the best summer of their lives, and are forced to face the reality that life is moving forward. As the two ponder what comes next, the friends are finally prepared to face the challenges in their lives. Sam is ready to win back his childhood sweetheart, Sandy (Katie Henney), even though she’s set to someone else. Murphy, whose own engagement to Gwen (Warner) is on the verge of ending because of his neglect towards her, is set to overcome his fear of the water. Sam and Murphy ponder their decisions as they realize this summer has been changing everything, for better or for worse.

Warner generously took the time recently during the Tribeca Film Festival to talk about filming ‘Trust Me, I’m a Lifeguard’ at a restaurant in New York City. Among other things, the actress and producer discussed how she was drawn to the character of Gwen because she enjoyed the role’s silly and innocent nature, particularly after shooting several dark, dramatic films; how being friends with Hollinger and Keiber before shooting began helped bring their real dynamics to the screen; and how in addition to acting, she also loves producing, because she loves shepherding projects from the beginning to the end.

ShockYa (SY): You star as Gwen in the new romantic comedy short, ‘Trust Me, I’m a Lifeguard.’ What was it about the overall story and the script that convinced you to take on the role?

Bree Michael Warner (BMW): I think one of the main reasons it was so enticing to me was that I have such this strong history of playing these deep, dramatic roles. Those are fantastic, but there are occasions where they can be overwhelming.

Then this character came along, and it was a throw-back to the old ‘Naked Gun’ and ‘Airplane’ movies. It was silly, campy and innocent. I think Gwen and I share a common fiestiness that I enjoy. I thought this would be a great project to be a part of.

I already knew a lot of the people who were already involved. It seemed like a nice vacation from the dramatic roles I typically play. I knew it was going to be fun, as we would be shooting on the beach. I knew with this role I could be silly for once. That was really enticing. (laughs)

SY: How did you become involved in the project? Did you audition for the role, or did the short’s director, Tony Glazer, offer you the role?

BMW: This one came very organically and backwards in a conventional sense. I had actually known both of the writers, Christian Keiber and Tyler Hollinger, for years. We’re all part of a theater group that puts on a lot of workshops to develop projects. This was a project that they had brought in very early on, and we all workshopped it together.

I came on from the inception of it, which is really awesome as an actor. Not only did I come on to lend a voice to the workshopping of the readings, but I was also able to collaborate with the writers, in terms of character development. We would play with the jokes to see what was working. So I came on very early, and then got to be with it as it grew.

SY: Speaking of knowing Christian and Tyler from early on in the project, did that help in developing your characters?

BMW: Oh gosh, yes. There’s a triangle between us, since we already had this foundation of a friendship. So the dynamics between us were reminiscent of the dynamics you see on screen. So the rapport and banter we had with each other in our theater group would translate to the set on any given day. So it was fun in that sense, as we translated of who we are in real life to the screen, which really did help.

SY: Christian and Tyler also starred in the short. What was the process of working with them in front of the camera, as well?

BMW: It was fun! Sometimes as an actor, when you get a role that’s so different from who you are, it’s one form of performance. Sometimes that’s a little easier, as you’re stepping outside yourself. But in our situation, since we already had that camaraderie, it was tricky, because you want to maintain the direction of the characters.

But doing this comedy, it was just so fun. We would joke on set, and the line between our reality and fiction would blur. We were just having fun, and I think that shows through on camera. Already having that relationship really elevated what we brought to the performances.

SY: Were you able to improv at all on the set?

BMW: Yes, we had an opportunity to really read out the dialogue, even in the development stages. So there were rehearsals in that sense. that’s when we really started to work on some of the jokes.

Christian and I have known each other for quite some time. There would be what was scripted, and as the story was coming to life, I might throw something out, and I asked, “What if I ended up saying this?”

There was definitely a lot of collaboration, and we were really looking to have fun. We thought, how can we be funny, and still have a great time doing it? There was a lot of discovery, just in terms of us already knowing each other, and how we would normally responded to each other.

BMW: It was amazing! Usually when you get a project, you stay local in your own city. That’s cool, but as an actor, I always look forward to going on vacation, especially on a beach.

The community of Stone Harbor, New Jersey was fantastic. They were so excited we were shooting there. We had such support from the local community of Stone Harbor, New Jersey. So many businesses came and donated services and food, and really helped make the experience what it was. As filmmakers, we were already a bit of a family, and we had an entire community that was behind us that felt like family. We also had a lot of the locals be extras.

As a producer on the project, I was really excited. We were able to help some of the performers join the Screen Actors Guild union. This was a huge deal for some of the younger actors. For me, it was an amazing opportunity to be in a position that I could do that for somebody.

SY: Speaking of producing, ‘Trust Me, I’m a Lifeguard’ was the first time you served as a producer on a film. Why did you also decide to produce the project?

BMW: When I first started in this business, I attended the University of Southern California, and did a double major in theater and film business. My focus was on producing, because at the time, I loved the artistic aspect of being an actor, but I was also business-minded.

I knew at some point I would want to begin producing. I wouldn’t want to do it more than acting, but I wanted to be educated and know what it meant to make a film from start to finish. I think I just waited for the right opportunity, after I felt like I had enough of the right experience. I thought, “Okay, it’s time I step up into this role.”

It’s very rewarding to not only be the actor, but also the producer. Then I could really see the amount of work that goes into a project. Fortunately, I did come in so early in the inception of this, that I had a hand in the casting.

I also met with directors. We actually did this a little backwards; even though I was attached as an actor, we still had to seek out a director. We met with some directors who had incredible talents. We ended up going with Tony Glazer, who’s a fantastic director, and had done comedy in the past. He had just come off a drama called called ‘Junction.’ Like me, he was looking for a comedy. It was fun to be a part of that journey from the start.

SY: Speaking of Tony, what was your experience of collaborating with him on the set?

BMW: He’s funny as hell. I think this was the right fit. As I’m getting more into producing, I’m seeing it’s about collecting the right talent, including the actors, director and crew. It’s also about getting the right personality types, too. You’re not just spending time together on the set; you spend time together in meetings going into it, and the activities in post-production.

When we found Tony, it was the right fit. We got on the same page artistically. We all got the comedy, which is key in something like this. There are comedies that go to the extreme, like ‘American Pie.’ We really wanted to be authentic, and go back to the archetype of the comedies from the ’80s. It’s that campy innocent situational comedy, and Tony really got that tone. That’s what really made it work. 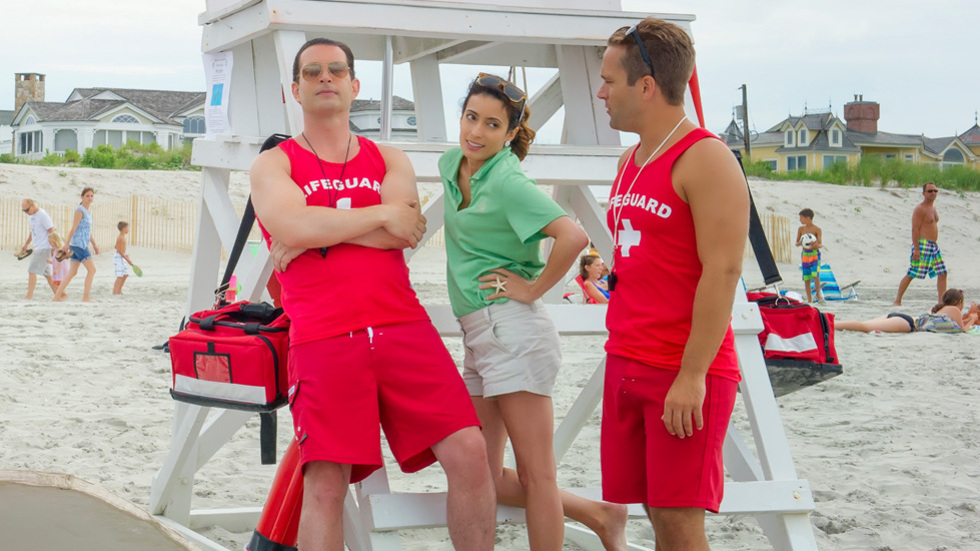