An amiable documentary that takes a stab at bridging the divide between food growers and American consumers, “Farmland” alights upon myriad issues relating to modern agriculture, providing a freshmen-level survey class deeply connected to entrepreneurial endeavor, and the dignity and work ethic of the farmers and families it spotlights. If director James Moll’s film fails to achieve much in the way of cohesive big-picture lift, it’s still steeped in feeling, and intriguing enough to easily win over urban arthouse viewers wanting to see and know a little bit more about how food makes its way to their plates.

“I’ve got nothing against bib overalls or straw hanging out of your mouth if that’s what you want, but that’s not the way all farmers are,” says one of “Farmland”‘s interviewees early on. The subjects on display here range in geography and crop speciality, but might all be described as liberal-minded — broad horizon-types, most with formal college educations, who are comfortable trying new things and incorporating new technologies into their businesses. It’s an interesting lot, from broad-spectrum California organic farmer Sutton Morgan and David Loberg, a corn and soybean farmer whose father was diagnosed with bone marrow cancer several years earlier, to 26-year-old Texas cattle rancher Brad Bellah and Leighton Cooley, whose family farm can house 450,000 chickens and cycle through that number five times per year. There’s also Margaret Schlass, a first-generation natural vegetable farmer who at age 23 made a bold leap into farming with no particular previous connections.

The portrait that emerges is full-bodied. The film highlights the rising capital costs it takes to remain competitive and how, since the unknown yield is dependent on Mother Nature and crop prices can also fluctuate more than 25 percent in a matter of mere weeks, farming is also often a brutal business (“I’ve been broke more times than you’d want to know,” says one old-timer). Some of the anecdotes are funny (one farmer waits four hours for a software update for his planter, which he couldn’t use until it downloaded), and others quite touching (Loberg talks about an ear of corn saved from the last harvest he reaped with his dad, while Schlass speaks about her connection to her customers).

Still, “Farmland” never quite fully takes flight. The movie never seems disingenuous, but neither does Moll — an Academy Award winner for 1998’s “The Last Days” — seem to exercise a great deal of editorial discipline in crafting deep narrative through-lines. Some of the facts seem fancifully sourced, and without verification or pushback; one interviewee claims that consumers get 90 percent of their food from family farms, which contradicts both common sense as well as movies like “Food, Inc.,” and would have to be dependent on a fairly generous definition of the word “family.” (The closing credits reveal “Farmland” was made possible with support of U.S. Farmers & Ranchers Alliance, which also at least raises a passing question or two about its independence.) At its core, “Farmland” lacks a thesis statement. Discussions of hot button issues like the organic certification process and GMOs enter the proceedings late, more than 35 minutes in, and seem clipped and perfunctory.

What gives “Farmland” its punch and connection is the forthrightness and decency of its subjects, the candor with which they share their lives and the even-handedness with which they weigh questions integral to the future of farming in the United States. Meanwhile, Harris Done’s cinematography communicates volumes in its simple beauty, and a closing sequence set to a cover version of “This Land Is Your Land” by Everclear and Liz Phair will spark a swollen-hearted feeling of idealistic connection to the dedication and livelihoods of these hale, hearty, ever-optimistic folks.

NOTE: In addition to its theatrical engagements in Los Angeles and Chicago beginning this week, “Farmland” also opens in New York City next week, and other venues around the country. For the movie’s trailer and more information regarding exhibition, visit www.FarmlandFilm.com. 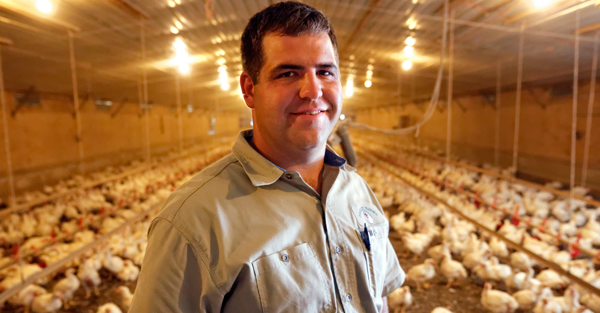