If you’ve been keeping up with the tsunami of books, articles and movies about America’s onward rush to obesity and diabetes, you won’t find anything new in Stephanie Soechtig’s documentary. (Soechtig’s previous feature, “Tapped,” deals with America’s love of bottled water.) Nonetheless, “Fed Up” deserves accolades for the stunning graphics (you’ll see labels stating 25g of sugar converted instantly to percentage of sugar in the total package, for example), for its pace, which is faster than that of a Japanese bullet train heading from Tokyo to Kyoto, and for its relative absence of mind-numbing one-on-one talking-heads interviews. The message is clear: Americans are eating wrong and, in fact, look all over the world at countries as diverse as Saudi Arabia and Denmark, and you’ll find that we’re all facing an epidemic of obesity. More people are malnourished because of plenty than because of starvation.

Again, if you’ve been following the propaganda over the last thirty or forty years, you know that we’re fatter today than we were in 1980. Why so? Ironically, the chief reason according to Mark Monroe, who co-wrote the script with director Soechtig, is that companies producing packaged food cut the fat drastically. Huh? Cutting the fat caused our nation to become fatter? Yes, because when companies like Snackwell cut the fat, they increased the sugar since, as anti-high-fructose-corn-syrup doctor Robert Lustig tells us, when you cut the fat you produce food that tastes like cardboard. The only way to get us to buy the stuff is to increase the sugar, whether you call that dextrose, or sucrose, or corn syrup, or honey. And sugar, not fat, is the leading cause of not only weight gain but diabetes. In fact by 2050 it is predicted that one of our three Americans will be diabetic.

Katie Couric, narrator and chief interviewer, lucked out in getting Bill Clinton to talk about how his administration missed the boat on growing obesity, noting that Michelle Obama, the First Lady, has taken the lead in instructing us, especially the small fry, on the benefits of fresh fruits and vegetables. (Never mind that to celebrate her recent birthday, she and the President stepped out on a “date” to a DC restaurant where she chose steak and velvet cake.) But Couric may have missed out during that interview by not questioning Potus on winning PETA’s person of the year award for becoming virtually vegan, giving up burgers, cheese and yogurt and subsisting (albeit unhappily) on beans, fruits and veggies.

Kids took center stage. One articulate fellow had bariatric surgery at the age of twelve, and one was actually in tears worrying that he would die before the age of twenty. American food industries are blamed largely for fattening the world, as witness Ronald McDonald’s presence in Japan. Japanese are giving up their fish and vegetables diet for burgers and fries.

The most controversial point made by Soechtig and Monroe, one which places them firmly on the left politically, is that it’s not the fault of the fatties that they eat the wrong things. They have been subjected to so much advertising, a form of brainwashing, that the poor young things just can’t be expected to have the discipline to see through big food fascism. They join the crowds in gorging on Oreo cookies, cakes, fatty meats and deep-fried foods.

Processed food is cheap, but our nation is paying a heavy price for hospitalizations and chronic illnesses that could be avoided largely if we cut the junk food the way we cut back drastically on cigarettes, but the corporate food people have too much money to spend on marketing and continue to insist that there’s a place for soda as part of our daily consumption of liquids. “Bring on the nanny state,” the director and writers appear to say without apologies, and I say “amen.” 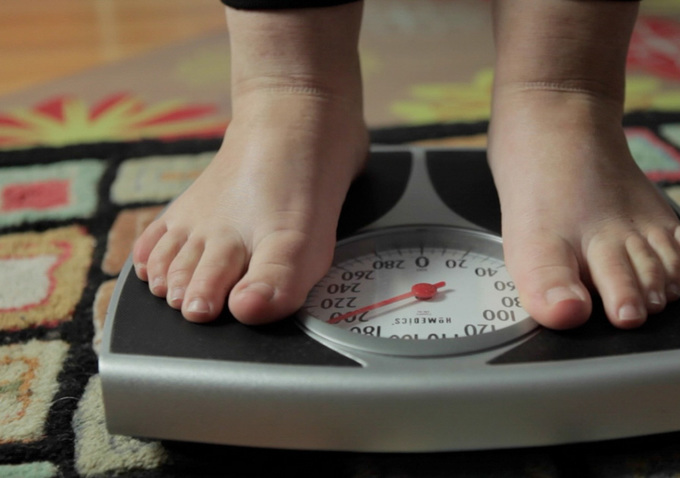