The second Hercules movie of the year (after Renny Harlin’s “The Legend of Hercules”), this one stars Dwayne “The Rock” Johnson as the half-man/half-god of Greek mythology. While the film has star power behind it, I’m not sure how audiences will take to this version of Hercules. One thing is for sure, that it will be action-packed!! Paramount Pictures and MGM released a new trailer and new poster for the upcoming release.

Having completed his legendary twelve labors, Hercules (Johnson), the Greek demigod, has his life as a sword-for-hire tested when the King of Thrace and his daughter seek his aid in defeating a tyrannical warlord. 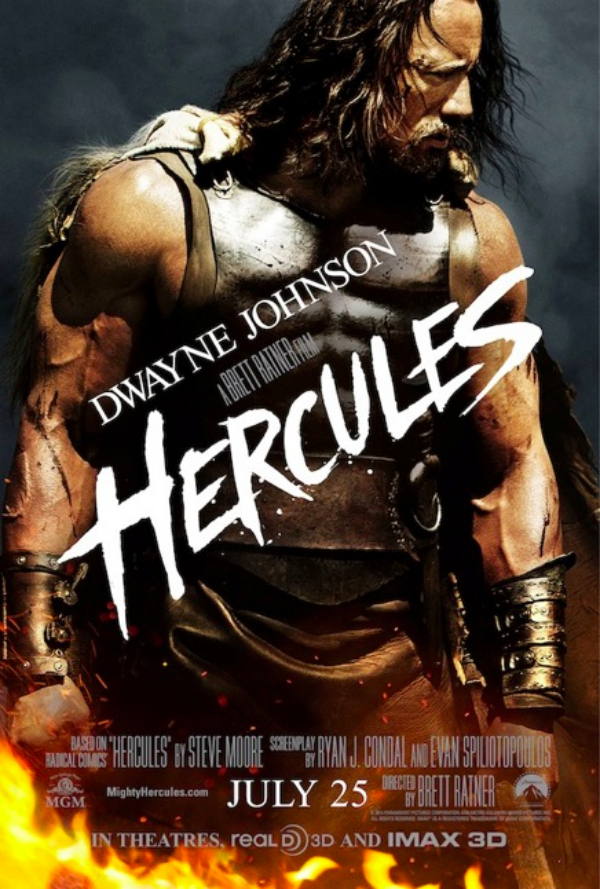 Cancel reply
Guardians of the Galaxy Gets An Alternative Trailer
Transformers: Age of Extinction Gets More New TV Spots
To Top