Box Office Predictions: Fault in Our Stars Could Upset Edge Of Tomorrow

When you’re a young adult cancer drama going up against a Tom Cruise sci-fi thriller, you’d think you wouldn’t have a shot in the world, but this weekend there’s a very good chance “The Fault in Our Stars” could trump “Edge of Tomorrow.” “Edge of Tomorrow” is getting some stellar reviews and should be able to match “After Earth,” but even if it opens with about $30 million, “The Fault in Our Stars” might be on track to score even more, possibly as much as “The Vow,” which would give it a $40 million start.

As for our box office veterans, “Maleficent” will absolutely be leading the pack. Should it keep in line with “The Hobbit: The Desolation of Smaug,” however, it’ll still take quite the weekend one to two hit. If it drops 57%, it’ll come in just behind “Edge of Tomorrow” with about $27 million. It seems as though “X-Men: Days of Future Past” will suffer a detrimental dip as well. It lost 64.2% of its opening profits last weekend and this time around, the percent change won’t get much better. If it drops another 55%, it’ll be left with a $15 million weekend three total.

“A Million Ways to Die in the West” didn’t have the best start, but a $5,319 per theater average means there is interest and without any new comedy competition entering the race, it should be able to maintain that interest. If it drops 40%, it’ll take the #5 spot and $10 million to the bank.

Despite an enormous opening, “Godzilla” has been falling fast. It lost 66.8% moving through weekend two and then 61.2% during weekend three, so assuming the trend continues, it’ll drop 55% this time around and take in roughly $5.5 million. Neither “Blended” nor “Neighbors” is expected to lose much, so they should come in close behind. If both drop just 40%, “Blended” will take # 7 with $4.8 million and “Neighbors” will come in at #8 with $4.7 million.

“Chef” only took $1.9 million last weekend, but there’s a good chance it could flirt with the $4 million-mark this time around because it’s getting another 674 theaters. If it manages to keep its per theater average at around $3,000, it’ll score $3.8 million and pass “The Amazing Spider-Man 2” and “Million Dollar Arm” to secure the ninth position. The tenth spot will be a close call between “Spider-Man” and “Million Dollar Arm,” especially because both are losing roughly 675 theaters. But, because “Spider-Man” has had the longer legs all along, it’s more likely that it’ll be the one to enjoy one more weekend on the top ten chart. 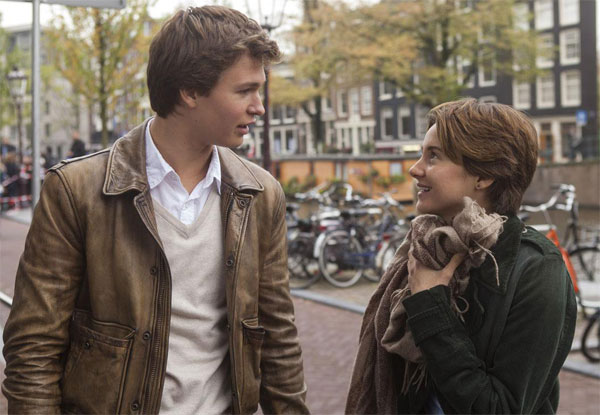