It’s immediately clear by the film’s odd, buzzy opening — the raucous reception of its septuagenarian subject in a Taiwan airport — that “Burt’s Buzz” isn’t going to be a normal documentary. Unfortunately, though, it turns out to be atypical in a variety of exasperating and ultimately fatal ways. In fact, if there were an upper-level college or film school class specifically about burying the lede, it would be difficult to immediately think of a more fitting example than Jody Shapiro’s nonfiction portrait of an amiably deposed hippie businessman, which putters about aimlessly, getting to its most essential questions only an hour into its running time or leaving them entirely unasked.

“Burt’s Buzz” ostensibly tells the story of the founder of Burt’s Bees, Burt Shavitz, who lives a penny-pinching existence in rural Maine in a cramped cabin surrounded by antique peculiarities, and opines that “a good day is one when no one shows up and you don’t have to go anywhere.” Fifteen minutes in, though, “Burt’s Buzz” hasn’t really established his connection to the company (apart from his bearded, crazy-prospector-type likeness), and given that Shavitz evidences a complete and utter lack of entrepreneurial instinct, the audience is left bobbing around like a cork in the ocean, wondering how the hell he got this enterprise off the ground.

Eventually, more than 35 minutes into the movie, the name Roxanne Quimby pops up — a recently divorced mother of two and lapsed graphic artist at the time she met Shavitz and moved in with him in 1984. Using the extra, saved beeswax from hives that Shavitz tended to harvest honey that he would sell out of the back of his truck, Quimby started making candles. They then expanded into other crafts and personal care products, peddling their wares around town and at festivals and the like. Sprinkled throughout the rest of the film, like a dusting of confectionary sugar, are references to a business empire that would top $3 million in sales by 1994, and set up shop in North Carolina. When Shavitz and Quimby split up, she would take the company with her.

Mostly, “Burt’s Buzz” is just a vehicle for its subject’s laconic charm and heavy-lidded musings; it follows him as he makes a series of personal appearance, handing out free lip balm samples at a Target in Minneapolis, and then traveling abroad, doing interviews with local press and appearing at awkward public Q&As meant to increase brand awareness. Shavitz seems mostly bewildered by all the attention and pretty much disengaged from anyone and everyone with whom he crosses paths (he misses his dog when he’s not at home), though there’s also an awkward scene where he attempts to thank his Taiwanese guide and translator, and basically ends up petting her.

Trevor Folsom, Shavitz’s assistant, opines at one point late in the movie that he’s completely emotionally shut down and incapable of basically love of any sort with another human being — something a lot of the footage would seem to support. But director Shapiro — who does talk to Shavitz’s ex-pat brother Carl, five years his junior, who moved to Great Britain in 1966 and never came back — doesn’t delve substantively enough into the root causes of this behavior to drum up anything more than perpetual cusp-of-intrigue diddling. There’s a bit of material on Shavitz’s New York upbringing, but it quickly moves on from that. And while the movie lays out a narrative for how Shavitz came to sign away his company (he got caught cheating with a twentysomething-year-old that worked at one of the company’s stores), there are only half-truths, equivocations and vague references (“Roxanne really wanted to own me, and no one’s ever going to own me — you can rent somebody, but you can’t buy them”) that in the end don’t really tell a viewer a damn thing.

Incurious and eager to please, “Burt’s Buzz” never digs into why Shavitz is still doing promotional appearances (given his spartan existence, how much money does he really require, or even want?). The waves of plaintive hurt that emanate from its subject hold one’s interest in passages, but go nowhere. Then there’s the sort of slimy fact that, since Burt’s Bees — which Quimby sold 80 percent of her stake in for $177 million in 2003 — was actually bought by the Clorox Company in 2007 for over $900 million, “Burt’s Buzz” is a silent, amiably dumb witness if not outright accomplice to peddling a fundamentally false narrative of the company as still some paragon of Earth-friendly, less-is-more simplicity. More than any deeper understanding of Shavitz that emerges, the feelings that “Burt’s Buzz” most elicit are those of uncomfortable condescension — at watching thousands upon thousands of Taiwanese being fed a fat shit sandwich of phony American capitalism. 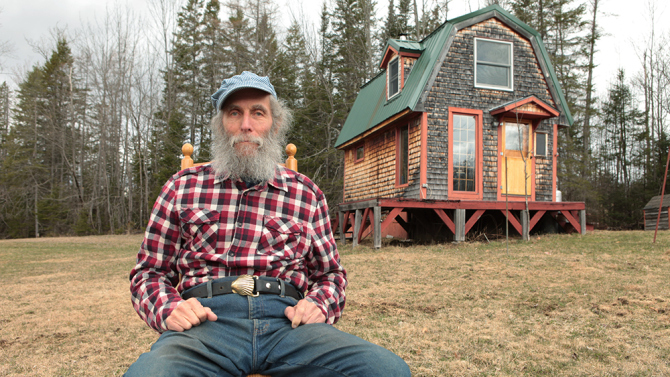