A world premiere and Grand Jury honorable mention selection at the recently concluded 17th annual Dances With Films Fest, “The Jazz Funeral” is a relaxed, shrewdly observed portrait of the sort of crucible that a lot of young men must pass through in entering into a functional, adult, peer relationship with their father. Smart, modulated performances and a professional, unfussy technical package mark this as a superlative indie effort — one that augurs good things for a lot of the young talent involved.

Would-be musician Billy (Bobby Campo) is having minor-chord relationship troubles with his live-in girlfriend Emily (Maiara Walsh) when his overbearing father Nick (James Morrison) breaks the news that a close family friend has passed away. Putting his life in Los Angeles on hold, Billy joins his father in New Orleans for the funeral, and discovers his dad is teetering on the edge of divorce with his latest wife. The pair meet a couple of party-hearty Australian lasses, and then get together with old friends James (Rene Le Vant) and Maggie (Dee Wallace). When Billy misses the chance to have a meeting with a producer who could further his career, however, that lost opportunity, along with another revelation, threatens to undermine their détente.

“The Jazz Funeral” bills itself in its press notes as based on a true story, and if that’s true it’s easy to see in the very simple contours of the characterizations and drama contained herein. Hearteningly, though, what writer-director Jesse Rosen (“The Art of Being Straight”) doesn’t do is force the issue, being bold for boldness’ sake merely in a grab for more air-quote indie credibility. One occasionally wishes that Rosen shed a bit more light on his characters’ personal histories, either via flashbacks or some punchier dialogue. But what’s special about “The Jazz Funeral” is that it doesn’t twist and contort itself to invent a chain reaction of escalating incidents; it’s content to establish the frustrations that Billy and Nick have with one another, and then explore and pay off that friction in believable and to-scale ways. Cinematographer Aaron Torres, meanwhile, abets this character-based approach, delivering warm frames that capture the mood and energy of on-location New Orleans.

Walsh makes a solid impression in limited screen time, but it’s Campo and Morrison who do most of the heavy lifting here. They have a great rapport together, but also exhibit canny instincts about how and why family members swallow irritation at certain moments and let it flash in other, seemingly less fraught circumstances. Morrison in particular does a good job of walking the fine line between borderline haughty/definitely exasperating and something kind of tender and touching. He has the instinct to butt in to his son’s life (he thinks Billy is in love with being in love more than in love with Emily), but it’s leavened with moments of lowered-guard jocularity (“These tools helped make you, you should be proud,” he says nonchalantly, walking around naked in the duo’s hotel room) that make his performance — and the movie as a whole — feel multi-dimensional and lived-in.

NOTE: For more information on the film, visit www.VolitionFilms.com. 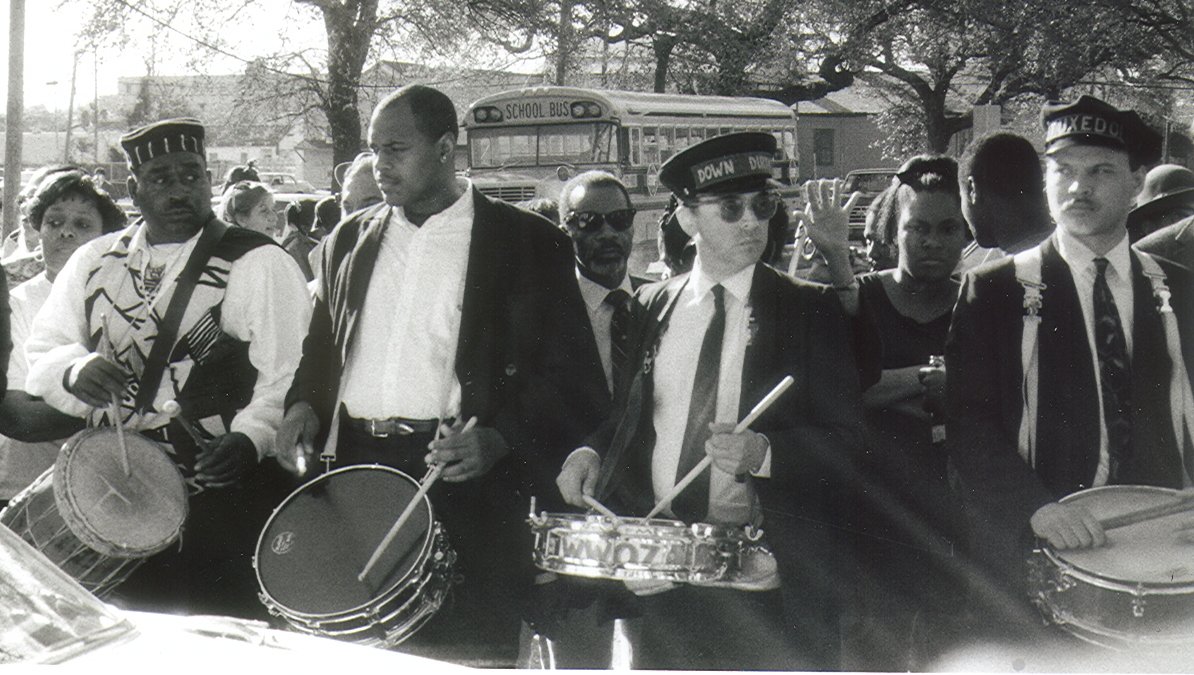