Drew Nelson is probably best known to the younger set as Duncan from the cartoon series “Total Drama Island,” but soon you’ll be able to see Nelson in a much more horrific, gory, and drama-filled light. Nelson is part of the much-hyped FX show “The Strain,” premiering July 13. The show has a ton going for it, including being executive produced by none other than Guillermo del Toro.

ShockYa was happy to talk with Nelson about the show, his character Matt, what fans can expect and how it was working with del Toro.

Congratulations on “The Strain”.

Drew Nelson: Thank you, thank you.

Have you been a fan of sci-fi-type projects before working on this one?

Drew Nelson: I’ve definitely been a fan of sci-fi projects for sure growing up, you know, seeing “Star Wars” and “E.T.” and watching “Alien” and all those kinds of films. I’ve always been into the genre. I’ve also had the chance to do my fair amount of sci-fi shows and things like that. So I feel like I have a good idea as to what to expect…but The Strain by far is on a larger scale than anything I’ve done. I’m grateful to be part of it.

Drew Nelson: I see Matt as very much a voice of reason among all the chaos happening. Once the virus leaks, everyone starts panicking and he’s very much the one who is fact-based and grounded in evidence that people actually have to evacuate because of these reasons. There are moments of comedic relief too, which I very much enjoyed playing with. The other aspect to the character is just the rivalry stuff. I got to play against Corey’s character Eph [Ephraim Goodweather]. It’s just an all-around great role. They wrote me an amazing character arc for the first season and we’ll see what happens.

How has it been working on this show, especially since it’s the brainchild of Guillermo Del Toro?

Drew Nelson: It’s been incredible. I mean, we’re dealing with the top notch creaetives in the business, realy. Guillermo is–and I don’t use this word lightly–he is a genius. He is a genius by far. Working with him–he directed the pilot aside from creating the show and executive producing the show–taking direction from him as an actor was a dream come true, really. Ever since I saw “Pan’s Labyrinth,” I fell in love with his filmmaking and the worlds that he creates. I thought that film was absoultely brilliant. And also, I can say about Guillermo is that he’s just a likeable guy. You just want to be around him. He’s a lot of fun. He’s very technically sound, but he’s also very open to collaborating with his actors. You put so much trust in him and it makes your job a lot easier because he creates this playground for you to play in and you just put all your trust in him.

And as I’ve said, we have some of the best creatives in the business. We’ve got writers who have come off of “Sons of Anarchy” and “Breaking Bad” who have written episodes for our show. We’re just in really good hands and the cast is an amazing cast. It’s an overwhelming sense of gratefulness at being a part of this family. It’s really something special.

What do you think sci-fi fans will like about this show?

Drew Nelson: I think they’re really in for it. I think Guillermo is serving up some really juicy plot and storylines, characters. I think the action with the vampire sequences are going to be absolutely riveting. I’ve seen the CG effects they’ve applied to the episodes and it’s like nothing you’ve ever seen. It’s going to be really, really gory. It’s going to be high-octane energy and span a ton of different timelines. I don’t know if you’re familiar with the book trilogy, but the trilogy spans different timelines. It’s very epic in scale so the sets you’re going to see–you’re going to be blown away for sure. And all of the performances of the actors involved and the creative team–it’s top notch. So we’re just hoping an audience catches on. That’s all we can hope for at this point. But we’re really excited to unleash this secret that we’ve been holding onto for so long. We hope people like as much as we did making it.

Before we go, I just have to say that since I’ve have seen a couple of episodes of “Total Drama Island”–

–it’s pretty awesome to know that I’m talking to the voice of Duncan.

Drew Nelson: You are, you are! I have total crazy love for the “Total Drama” fans. They’re very dedicated and it was a blast doing that show as well. Who knows–maybe there’s more in store down the line. 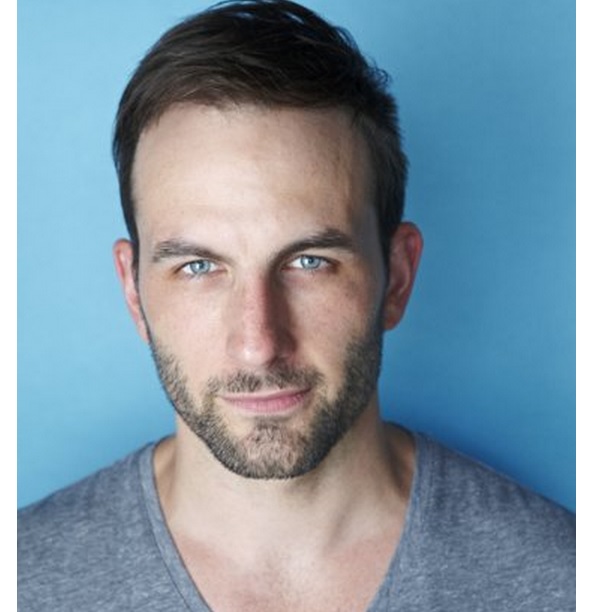