Zooey Deschanel has a bone to pick with some of the other famous actresses out there. In an interview for InStyle Magazine’s Aug. 2014 issue, the “New Girl” actress discussed how some actresses in Hollywood get snobbish when it comes to style and fashion choices.

“I remember I was wearing a cute jacket, and I saw this well-known actress–who will remain nameless–with her stylist,” she told the magazine. “They said, ‘Oh my God, that’s so cute, where did you get it?’ I told them, and it was not a fancy brand, and then they were like, ‘Oh…’. I just thought, Do you not like it anymore because of the brand? That’s so dumb. And you have just made yourself into a cartoon villain.”

It is quite “The Devil Wears Prada” of whoever this nameless actress is to do that, but cartoon villainesses aren’t the only things Deschanel discusses with the magazine. She also talks about her own personal style, her love of sewing, her clothing line she created with collaborator Tommy Hilfiger and her signature bangs. You can read more of her comments at PEOPLE.

What do you think about Deschanel’s comments about snobbish actresses? Discuss the news in the comments section below! 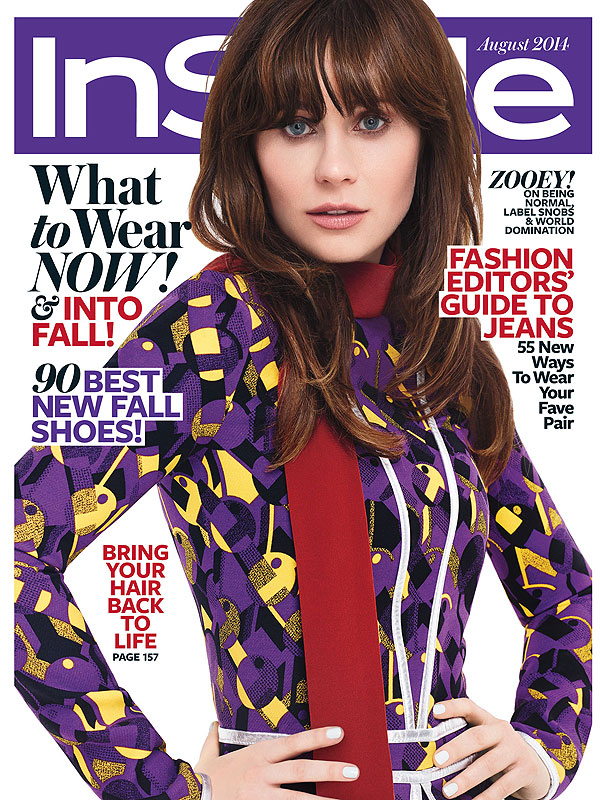