Melanie Lynskey has a conjurer’s ability to mine the vulnerability of characters without sinking into sad-sack caricature. Whether as a troubled teenager in her stirring debut “Heavenly Creatures,” George Clooney’s younger sister in “Up in the Air,” Matt Damon’s wife in “The Informant!,” a fresh-out-of-rehab mother in “Win Win,” or a recent divorcee working her way through a rebound romance with a much younger man in the underrated “Hello I Must Be Going,” Lynskey always serves the story without ever blending into the scenery.

Her latest film is “Happy Christmas,” from writer-director (and in this case co-star) Joe Swanberg. In it, the New Zealand-born actress gets to use her native accent, playing stay-at-home-mom and frustrated writer Kelly, wife to Swanberg’s Jeff. When Jeff’s younger sister Jenny (Anna Kendrick) comes to stay with them fresh off a recent break-up, it introduces some unexpected chaos into their lives.

Swanberg had met with Lynskey for a part in “Drinking Buddies,” his previous film, that didn’t end up working out. But he was struck by her talent and easygoing nature, and invited her collaboration on “Happy Christmas.” Swanberg’s films flow from an outline, and typically make extensive use of improvisational exercises. Lynskey, it turns out, had a background that fit that approach hand-in-glove. “I never went to drama school, but from high school, or really the age of nine, I did this drama class with a local teacher and it was almost completely improvised,” recalls Lynskey. “We would put some scripted plays on, but it was really unusual, in that for most of it she would give us a scenario and we would improvise.”

Abetting the feeling of commingled life and art is the fact that “Happy Christmas” shot in part at the home of Swanberg and his real-life wife, Kris, and co-stars their two-year-old toddler. And, yes, the tiki bar-styled basement in their Chicago home is the real deal — a product of the previous homeowner’s decorating instincts. “In the movie he’s showing Anna around and that’s the tour that he gave me when I saw it,” says Lynskey of Swanberg’s house. “Everything was there — the ducks were on the wall and the Tiki bar was in place. And it’s an interesting thing, because I fell in love with a house when I was buying a home a couple years ago, and it was a similar type of thing, where it was someone who was an elderly single man, and the house was very well preserved. I was like, “Well, I wouldn’t want to change anything, but then I’d feel like I was living in a museum.” It was a weird feeling, and I didn’t know quite what to do with it. But I think it’s perfect at Joe and Kris’ because it’s just the basement — like, the rest of their house is their house, and they’ve done stuff to it and it’s a normal house. But then there’s this secret. I would love that, if I just had a weird basement.”

If Swanberg’s basement made quite an impression on Lynskey, she obviously made one on him as well, as she has a role in his next movie too, entitled “Digging For Fire.” “I did one scene, there’s all kinds of people in it,” she says. “I’m very curious about it. What our scene was going to be about completely changed on the day (of shooting). Joe’s very collaborative. We started talking and he’s like, ‘Here’s the idea I had,’ and I was like, ‘I don’t like that, I don’t want to have that be my one scene, where that’s all I’m doing.’ And he was like, ‘Okay, what do you want to do?’ So my scene was with Ron Livingston and Rosemarie DeWitt, and he really let us create something interesting. It was fun. And it’s really nice that he’s so open to it, where he doesn’t take offense at someone saying, ‘I hate that idea.’ We know each other so well now that I can be like, ‘Ugh.’ It becomes a compromise. I don’t want him to lose his initial thing that he was hoping for. But he’s so great about collaborating.”

NOTE: “Happy Christmas” opens today in theaters, and is also available across VOD platforms via Magnolia. 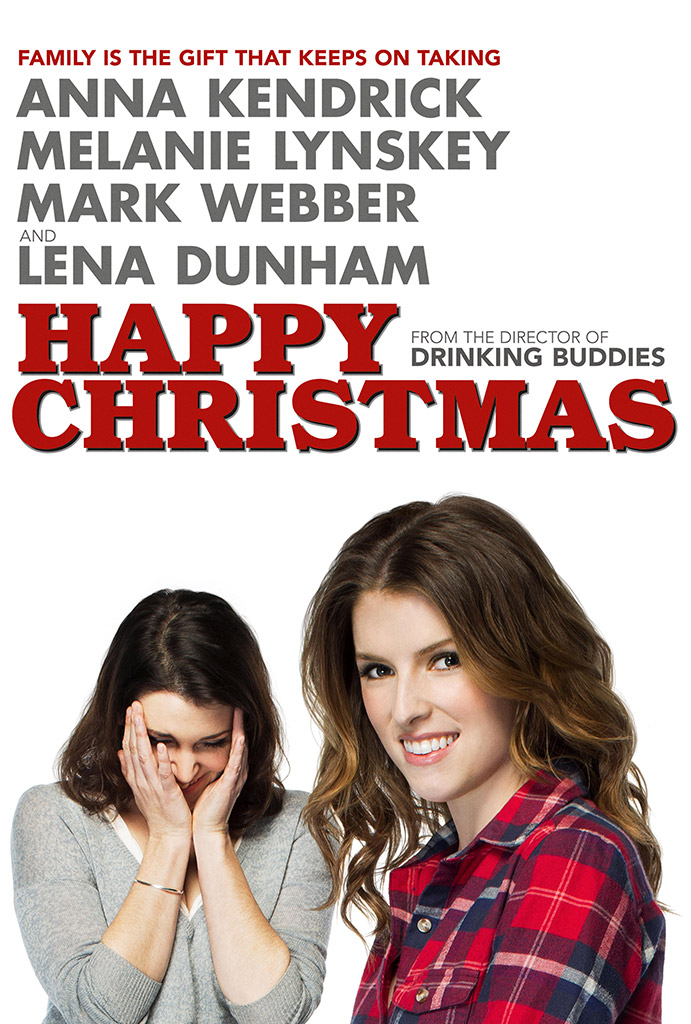