One of the biggest things scheduled to be unveiled at San Diego Comic Con isn’t a shocking casting announcement or a hot new franchise. Need a hint? Whatever you’re thinking, think bigger.

A creature known as “Bodock” will be unleashed on San Diego Comic Con next week. It will stand at nearly 14 feet tall and weigh almost a ton! This beast of an undertaking was built over six weeks in 7,500 hours at the Legacy Effects facility, the award-winning character creation studio owned by four of the FX Industry’s most prolific and respected live-action-effects artists.

At last year’s San Diego Comic Con for How to Build a Giant Creature the Stan Winston School and Legacy Effects trotted out a giant robot mech that walked and interacted with awed onlookers. This year, they will try to outdo themselves with a bigger, more fantastical, jaw dropping creation that will be showcased in the new season of the series. This will be the largest autonomous, free walking character they have ever done.

See how it was built from concept to finished product, and watch the colossal creature come to life, created in collaboration with the Stan Winston School, Legacy Effects, Stratasys, and WIRED. The Stan Winston School is one of the top names in character design and offers access to some of the world’s finest artists and technicians, including Oscar winners, Makeup FX Legends, and Industry leaders.

To watch how it all was done check out the episodes of How to Build a Giant Creature at thescene.com/WIRED. 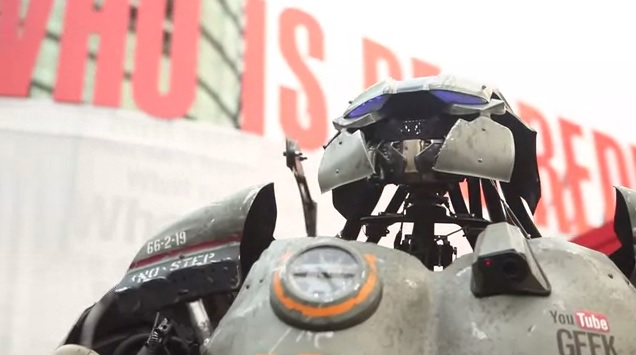