Title: Made In America

Jay Z proposes to city of Philadelphia with the full support of mayor Michael Nutter for a 2 day music festival in order to garner the city revenue in these hard times. Various acts including Pearl Jam, Rita Ora, Jill Scott, Skrillex and Run-D.M.C. (Just to name a few) perform and give interviews in this documentary, and director Ron Howard gets a few insights from real-everyday people who are also involved and affected by the festival.

The Good: Watching wannabe thugs light up when Ron Howard talks to them is adorable. I mean it’s “Opie-Cunningham,” who wouldn’t? Ron Howard wants so much to learn from these artists and it’s just a sweet moment when Skrillex gives Howard a DJ lesson and Ron Howard showers Skrillex with Huell Howser-esque compliments. There’s a few bits with a stage hand who is truly bitter about the state of the economy which cuts over to the rich, gold laden musicians setting up for the festival. It’s kind of a subtle F-U to some of these rich performers who may have forgotten where they come from. An elderly woman who lives near the event stops her crabbing for a moment when she hears Jill Scott perform. She humbly retracts her former statement that the music is all crap.  The performance by Run-D.M.C. is worth the watch. They are so humble and grateful for the opportunity to perform.

The Bad: Jay Z proclaims himself a genius, in a few words. Whoa slugger, you may be good at marketing, but let’s be real. Some of your fans may agree, but get tested before you start putting yourself up there with the likes of Einstein and crashing Mensa events. A few years ago I considered myself a Jay Z fan, but over the years and especially here he comes off so pretentious and unlikeable. I sort of tuned out every time he went off on a Kanye-like monologue.

Though I like how Ron Howard is so personable with everyone involved, it’s so pompous on Jay Z’s end. He’s watched Glengarry ad nauseam because he “always be selling.” I really don’t care about your former hardships Mr Z. You’re way beyond that now. You can’t relate to the rest of us anymore. 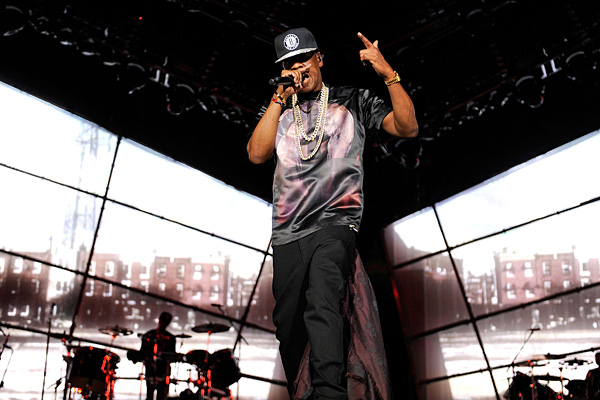