2014 hasn’t seen a lot of American animated films. The biggest animated film thus far has been “Planes: Fire and Rescue,” but if that film didn’t do it for you, then perhaps you need to give “Justin and the Knights of Valour” a try.

“Young Justin dreams of following in his grandfather Sir Roland’s footsteps and becoming one of the legendary Knights of Valor. Along his quest, he encounters a slew of quirky characters, including the beautiful
Talia and handsome Sir Clorex, who try to teach Justin the skills he needs to become a mighty knight. Justin is put to the test when he is forced to face a power-hungry army of thugs, led by the mighty Sota, but soon learns that true strength comes from the heart. From Antonio Banderas comes this wonderfully animated adventure for the whole family, with an outstanding cast of voice talent that includes Freddie Highmore, Rupert Everett, Alfred Molina and Saoirse Ronan.”

The trailer is below. If you’ve got to get the movie in your life, then try your luck in our Twitter giveaway! We’re giving away three blu-ray copies of the film to three of our readers. Just follow us @ShockYa and enter the phrase, “@Shockya is giving away Justin and the Knights of Valour! Follow & RT to enter!” You can tweet us every day until Aug. 24. We’ll notify the winners through Twitter.

Good luck! “Justin and the Knights of Valour” is available on DVD and Blu-ray now. 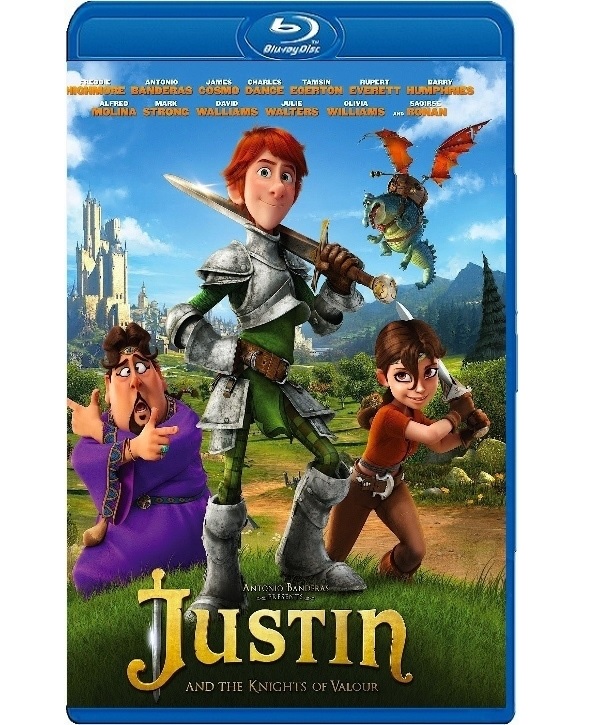