Get Introduced to The Boxtrolls Through New Motion Poster and Video

“The Boxtrolls,” Laika’s latest stop-motion animated film, will be released Sept. 26 and I’m excited for it. I’m sure there are tons more out like me who have been looking forward to the film ever since the teaser was released.

There are two types of posters released for “The Boxtrolls.” First, there’s a motion poster that introduces you to all of the Boxtrolls. There’s also a very colorful standard poster featuring the main characters. You can take a look at both below the post. Of course, if you want to get to know the characters even more, check out this video featuring Boxtrolls Fish, Eggs, Shoe and Oil Can.

“A family event movie from the creators of “Coraline” and “ParaNorman” that introduces audiences to a new breed of family – The Boxtrolls, a community of quirky, mischievous creatures who have lovingly raised an orphaned human boy named Eggs (voiced by Isaac Hempstead-Wright) in the amazing cavernous home they’ve built beneath the streets of Cheesebridge. When the town’s villain, Archibald Snatcher (Academy Award winner Ben Kingsley), comes up with a plot to get rid of the Boxtrolls, Eggs decides to venture above ground, “into the light,” where he meets and teams up with fabulously feisty Winnifred (Elle Fanning). Together, they devise a daring plan to save Eggs’ family.” 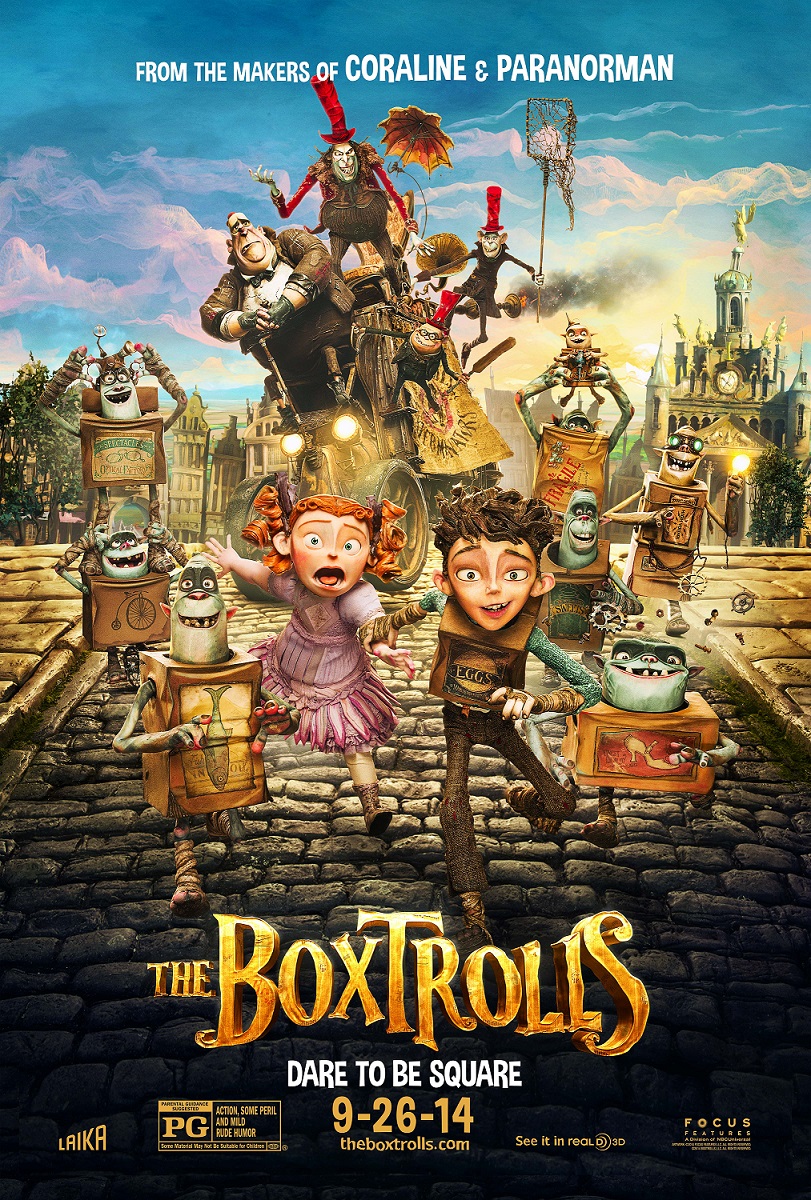