Halloween is coming soon, and The Queen Mary’s Dark Harbor will bring horror-lovers two scary new mazes: “Soulmate” and “B340.” Starting Oct. 2 and lasting through Nov. 2, Dark Harbor will open its doors to all who want to test their mettle, and this year, “Soulmate” and “B340,” along with some new Exclusive Encounters, will scare even more folks who will board on the infamous cruise liner.

Both mazes revolve around tragic stories of those who were once passengers on The Queen Mary, an Art Deco ocean liner considered the finest one ever built. “Soulmate” is based on the story of a woman who has more in common with the Black Widow than an actual soulmate.

“Graceful Gale was the belle of The Queen Mary in the 1930s. As a beautiful first class passenger Gale charmed her way across the ship’s dance floor regularly until mysteriously disappearing on her final passage in 1939. The new Soulmate maze will take over the former location of the Containment maze and bring to life the haunted spirit of the frightful Graceful Gale. The story of Gale will unravel as her true spirit is revealed and those who dare will realize that Gale may not be as graceful as she appeared, but in fact is more monstrous than ever imagined. Gale will haunt The Queen Mary in order to lure suitors into her possession. Once she captures their hearts she will have her adoring minions cut them up and reassemble them to create her “perfect mate.” But Gale isn’t so easy to please and only a few creatures are suitable enough to be her dance partner. The rest of the rejects are doomed and outcast to haunt the Queen at night.”

“B340” follows a man whose personal demons might have contributed to his death.

“On a 1948 Atlantic voyage, third class Queen Mary passenger, Samuel, was locked away in room B340 after a violent outburst. After hours of isolation, crew found Samuel in his room, violently ripped apart. Murdered or self-induced suicide, no one knows. B340 is a new maze through Samuel the Savage’s schizophrenic journey of isolated decent into insanity. Travel through his warped mind literally and figuratively, ultimately reaching the final resting place, but only after visitors navigate a mirage of virtual B340s. Samuel is on the loose, he’s dangerous and completely out of his mind. Through his maze you may lose your own mind and find it impossible to escape.”

Also, new Exclusive Encounters on the ocean liner will take a very limited number of folks on a horrifying and top secret paranormal journey through the depths of the ship that have never before been open to Dark Harbor guests. If you’re brave enough to take the challenge, get your spot saved by buying your tickets–which start at $20 online–or VIP Passes, Fast Fright Passes and lodging packages at queenmary.com. 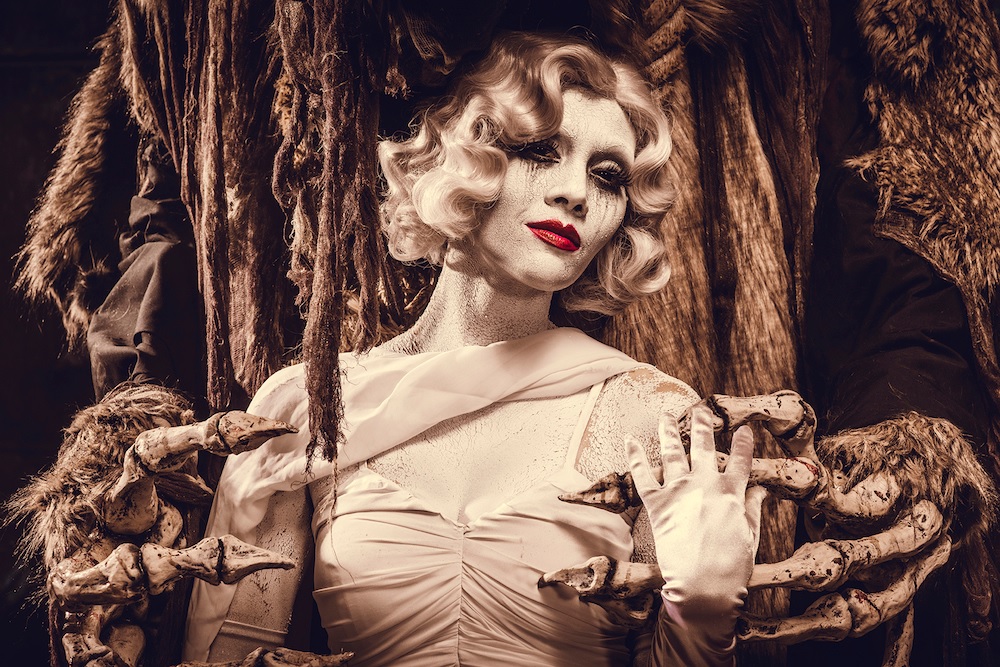