Ramin Bahrani, defined by the late Roger Ebert as the director of the decade,  competes for the Golden Lion at the 71st Venice Film Festival, with ‘99 Homes,’ a story about a father who struggles to get back the house that his family was evicted from, by working for the greedy real estate broker who’s the source of his frustration.

The story is very alluring to begin withm since it evokes ‘Faust’ and how wretchedness and the happiness of our loved ones can lead to selling our soul to the devil. Unfortunately though [SPOILER ALERT] the politically correct finale spoils a perfectly crafted story of doom.

The actors’ performances is terrific though. Andrew Garfield, removes his ‘Spiderman’ outfit to fit the role of Dennis Nash, an unemployed contractor who loses his home to foreclosure and is a single-dad living with his son and mother, played by Laura Dern. The Golden Globe actress (and Oscar nominee) has a wide spectrum of emotivity that she portrays magnificently; whilst the imperturbable Michael Shannon still has the stiffness of ‘The Iceman’ and ‘The Man of Steel’ but is brilliantly despicable as Rick Carver, who teaches Dennis the legal and illegal ins and outs of the foreclosure game.

The variety of shots and angles prove that Bahrani knows how to move the camera, which is all enhanced by Anthony Partos’ music score. What inevitably will capture of this story is how we can all relate, in one way or another, to the people’s struggle during this economic stagnation and recession. 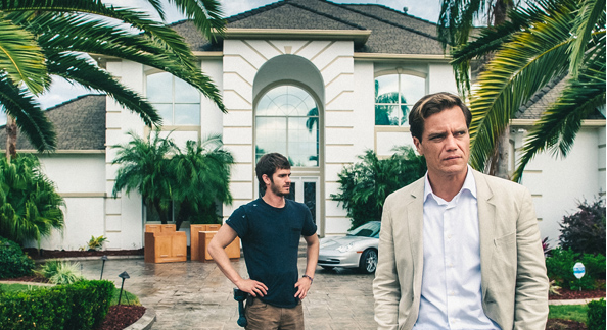