The casting of Allison Williams as Peter Pan has had the entertainment world abuzz. NBC cast the “Girls” actress after their success with the live performance of “The Sound of Music,” starring country superstar and “American Idol” winner Carrie Underwood.

NBC is hoping their live production “Peter Pan Live!” will bring them the same ratings and notoriety as “The Sound of Music” live production, but, as Entertainment Weekly points out, there’s going to be tons of flying. Can you imagine harness work on live television, especially in today’s live-blogging Twitter landscape? It’s potentially a live-blogger’s goldmine.

But until we get to the will-it-work-or-won’t-it factor of the production’s harness work, NBC has released the first image of Williams in her full Peter Pan garb. Check it out below.

Admittedly, she looks really good as the boy who never grew up. There seems to be much more of a pirate-like take on the costume rather than the elf-like costumes of productions past. There’s also the choice of booties that need to be addressed. They look trendy. Surprisingly too on-point when it comes to women’s fall fashion, if you ask me.

“Peter Pan Live!” will air Dec. 4. Will you watch? And what’s your favorite interpretation of “Peter Pan”? Give your opinions in the comments section below. 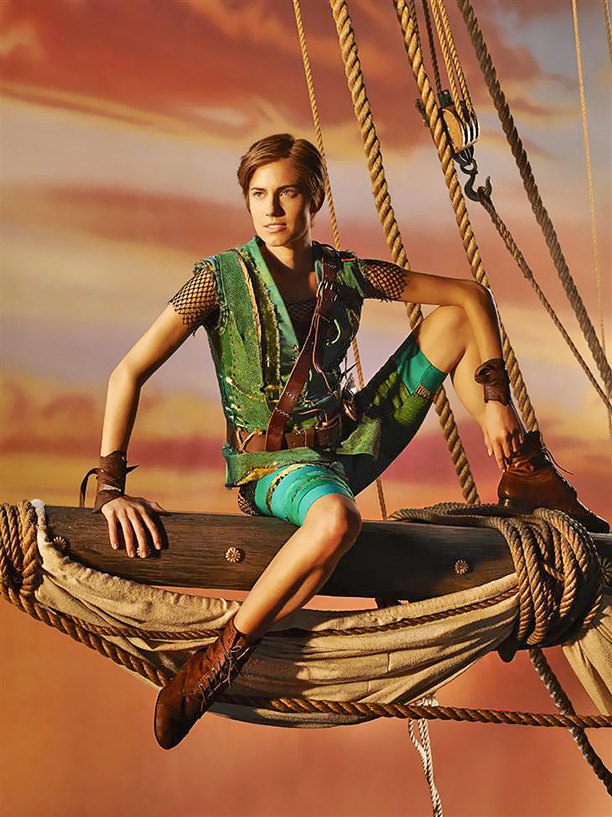