Interview: Roy Andersson Talks ‘A Pigeon Sat on a Branch’

Roy Andersson Talks ‘A Pigeon Sat on a Branch’

‘A Pigeon Sat on a Branch Reflecting on Existence’ (En duva satt pa en gren och funderade pa tillvaron), competing for the Golden Lion at the 71st Venice Film Festival is   just as extravagant as its predecessors, ‘Songs from the Second Floor’ and ‘You, the Living.’

The common theme of the three films is human life in its many variations, using dozens of characters in 39 skit-like episodes. Sardonic humour is the pace with which human kind’s absurdities are captured through a bird’s panoramic view.

Roy Andersson explains what inspired him for his third and final chapter on the human specie’s self-destructive inclination:

I like tragicomedy. There are always two sides of the same coin, a combination tragedy and comedy. That is life.

How much has art history influenced your style?

Painters have always inspired my filmmaking, from Renaissance artists to Neue Sachlichkeit, also known as New Objectivity, to Edward Hopper. Otto Dix and Georg Scholz (two German painters from the ‘30s) have influenced the making of this film. They are not humourist but grotesque, they have a significant defocus, which allows them to take a sharp snapshot of realism. In their works a special mood is created between man and his surrounding space: a man can lie, but the environment always reveals the truth. Also Bruegel the Elder is another inspiration, his painting ‘The Tower of Babel,’ on the incommunicability of human kind, is portrayed remarkably.

How about your literary references?

Cervantes was very inspirational for the salesmens’ characters, who embody Don Quixote and Sancho Panza: a visionary and a sceptic. But another couple I referred to for these two characters were Laurel & Hardy, as they try to climb up the steps of the social ladder but always fail.

Technically how was it to switch from 35mm to digital camera?

I’m so happy. I was a little suspicious at first, but now I think it’s such a good choice to switch to digital shooting, it’s more practical, quicker, you can see immediately how the shot came.

As a Swedish director who explore human’s loneliness, it’s inevitable to ask you how you relate to Ingmar Bergman...

When I attended the Swedish film school Bergman was the inspector and some of us students were called to his office, when I took part in the demonstrations against the Vietnam War. The reason is we brought the school’s 16mm camera at the protest and he got very angry when he realised we used it to film the demonstration. He was extremely right-wing, and he threatened me saying that if I were to continue to be politically engaged he would have stopped my career. But I was 24 and I wasn’t easily intimidated and I’m still making movies. 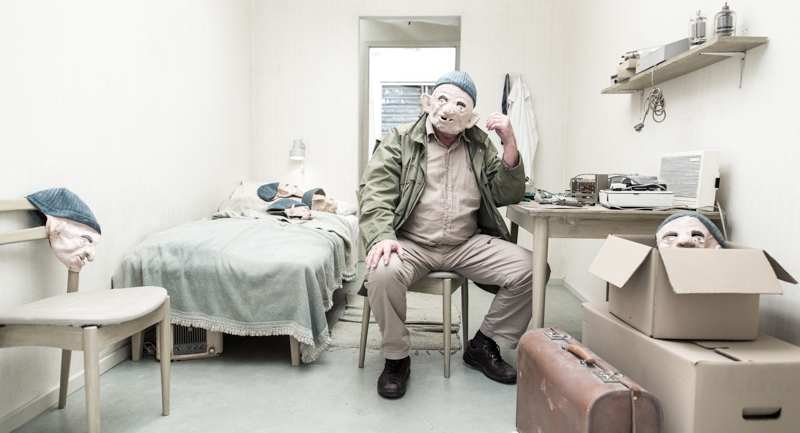