Get your Halloween movie lineup set up right now with “Inner Demons,” coming to select theaters and Video On Demand Oct. 3.

The horror film, coming to us from IFC Midnight, stars Lara Vosburgh, Morgan McClellan, Kate Whitney and Brian Flaherty, is directed by Seth Grossman and is written by Glenn Gers. The film follows a reality show that tries to help a girl who is fighting what appears to be addiction. But the addiction turns out to be much more of a supernatural issue.

“INNER DEMONS follows an ‘Intervention’-style reality show crew that films an episode about a sixteen-year old girl, a former A-student, who is fighting addiction but may in fact be suffering from something even more destructive: demonic possession. The movie is an inquiry into the truth about her – with symptoms that straddle the disturbing and scary intersection between insanity, addiction and true possession.”

The trailer for the film originally debuted on IMDB, but you can see it right below this post. This film’s trailer has a lot going for it, not to mention the fact that it does seem genuinely icky and creepy. What do you think about “Inner Demons”? Give your opinions in the comments section below! 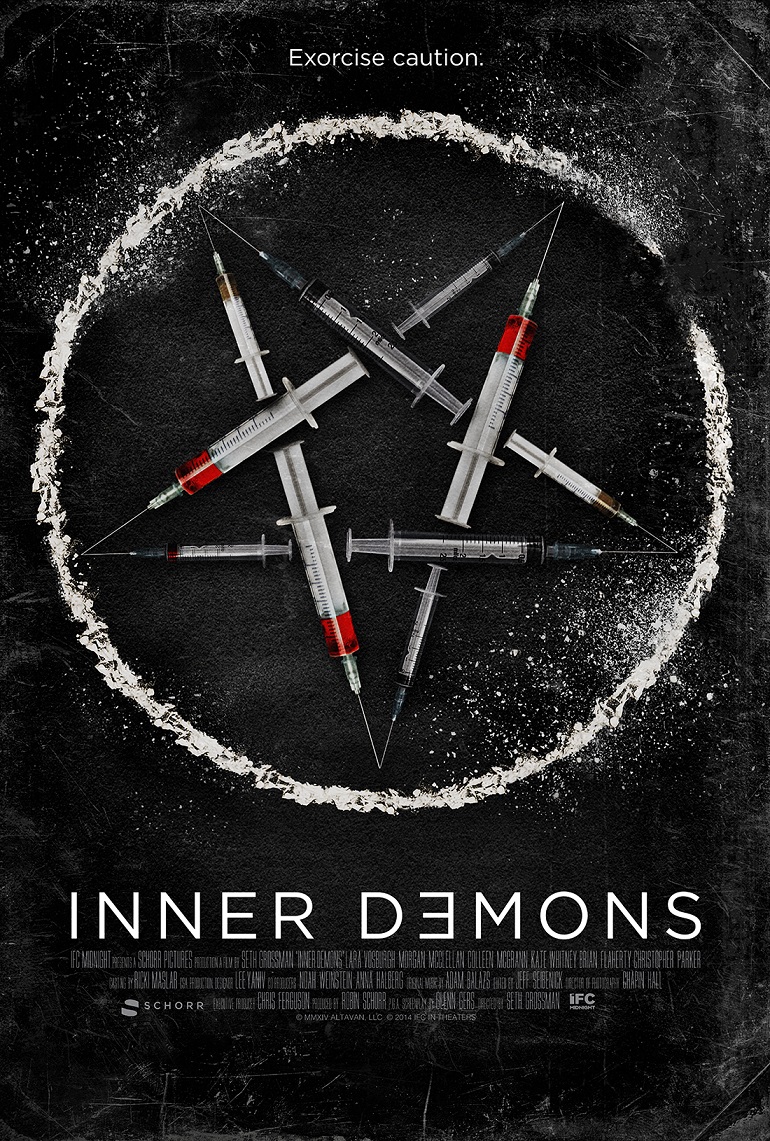